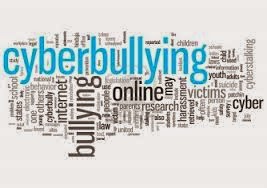 Morgan (2012) in a review of cyberbullying found that because of the anonymity of individuals on the Internet, they found a form of bravery by threatening others through the veil of the Internet. “The higher degree of anonymity afforded to students on the Internet allows bullies to have less fear of disciplinary action as a result of their nefarious activity” (Morgan, 2012, p. 175). Morgan stressed that a plan needs to be in place to deal with the inevitable attack. “Unfortunately, many teachers do not have enough training of knowledge on how to respond to bullying” (p. 176).

1) repeated instances leading to feelings of vulnerability and fear; 2) distrust of technology and mistrust of people; 3) the value of friends in college and their impact on victim self-esteem; 4) self-control in response to lack of control over cyberbullying instances; 5) feelings of stress, depression, and embarrassment; 6) frustration leading to self-blame. (Rivituso, 2014, para. Abstract)

Washington (2015) specifically addressed cyberbullying and the law. “To date, 18 states have laws to address cyberbullying, compared with 49 states, all except Montana, having laws to address bullying (Hinduja & Patching, 2013)” (Washington, 2015, p. 24). Although state laws focus on the k-12 arena, nowhere (federal or state) addresses cyberbullying. In 2009, a cyberbullying prevention act was introduced into Congress, but was not successfully passed. Specifically, the business college in this current study has campuses in California, Colorado, and Iowa, thus, these states were reviewed for their legislation on cyberbullying.

Concluding Comments
The purpose of this study was to assess the knowledge and understanding of cyberbullying and netiquette within the school of business at an online university. Faculty, both part-time and full-time, were asked questions regarding their understanding of cyberbullying, netiquette, and how to respond to it and report it. Based on the data from this study, the researchers created a list of best practices for creating policies, procedures, and implementing training. The researchers developed a list of best practices for incorporating an awareness and reporting of cyberbullying and netiquette issues:

b. Do they address the procedures for faculty to report and respond to cyberbullying?

b. Do they address the address appropriate netiquette?

a. Ensure a response to faculty within 24 hours

b. Assign a trained person to respond to emails

4. Create faculty training via webinar, tutorial, and or job aid on how to recognize and report cyberbullying and inappropriate netiquette.

We had many strengths that came out of this study. The strengths were that the researchers focused on one online school of business, which helped to focus our research efforts. These results can be generalized to other schools and online faculty by replicating the study through different online colleges and universities. Another strength that we experienced was that the Dean of the school supported the study and provided the researchers with a specific database of faculty addresses. This helped to connect with this particular sample of participants. The researchers attempted another study by reaching online faculty through social media (Linkedin, Facebook, and Twitter) and did not have success that we had hoped. In regards to the limitations of the study, the participants self-reported on cyberbullying or netiquette instances. An observation style experiment may result in different perspectives on cyberbullying and netiquette especially since the literature has indicated that sometimes cyberbullying occurs but online faculty do not recognize certain instances as cyberbullying Participants may also have experience teaching at other online colleges or universities that may have different policies, procedures, and experiences and this can add to our results.

***This is an excerpt from a paper that will be presented at the DLA 2015 Conference (http://www.westga.edu/~distance/ojdla/)***
No comments:

How to Encourage Student Engagement in Online Classrooms


Online classrooms are an increasingly popular modality in higher education. Because online informational channels are completed in a virtual world it can be difficult to connect with students in a way that is meaningful. Despite its difficulty this connection is a vitally important aspect of encouraging student success in terms of retention, satisfaction, and learning.

Engaging students is about trying to connect with them on a personal level and this can be difficult if you are not standing face-to-face with them and have enough interaction to learn about their interests. Even though it may require new skills the online modality does provide a sufficient platform to engage students on a personal level.

Students love to talk about themselves, what is going on in their lives, their pets, and their experiences. Reading through their profile will provide an elevator snap shot of the student and how they want to be seen by others in class. Refer back to these profiles and try and find ways to bring in their experience or interests when corresponding.

For example, a student who worked as a clerk might learn better when the professor gives appropriate examples. Another student may have a few dogs and corresponding or providing related material that discuss pet stores, breeding, dog supplies, etc… will certainly spark the student’s interest more than a boring worn out story problem.

Read Between the Lines:

The only real way to assess student learning is to investigate what they currently understand. This requires paying close attention to discussion conversation  and reading between lines to form a model of their understanding. Offering information and discussion that furthers their model that bridges gaps in knowledge is beneficial.

Because students are still learning how to communicate fully in written form it may take additional effort to put together the pieces to grasp their true understanding. Try and take where they left off and push their understanding with appropriate questions. Students will notice the extra effort and signalling that their education is important and they should spend additional effort on it.

Students like to be treated as individuals. Sometimes it is beneficial to address the entire class while at other times you will do better using the student's first name. The more often you can personalize your feedback, questions, and greetings the more it tells the student they matter. Personalization in turn helps the student feel as though they are getting one-on-one consideration.

Feedback offers an opportunity to connect with students that are seeking to improve upon their skills. The professor becomes the authority and guide which has an impact on student perceptions of guidance. Feedback is another method of helping students find importance with their coursework and put additional effort into it.

Webinar: Moving A Classroom-Based Course To Online Or Hybrid

Online learning is a growing trend. As such, instructors need to be prepared to develop an online course that increases student engagement and learning. How do you decide which delivery mode is best suited for your course? Face-to-face, online, or hybrid? What are the benefits of online or hybrid courses? What are the best practices for developing and delivering online or hybrid courses?

This webinar will answer some of the more frequently asked questions for those thinking about creating a successful online learning environment. Participants will be able to articulate the benefits of all delivery methods in an effort to select the best platform for their specific courses.