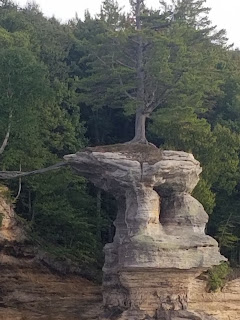 Pictures of Munising. Munising is located about an hour north of Escanaba/Gladstone Michigan and is part of the Upper Peninsula of Michigan experience. If you are staying in town it should be one of the "hot spot" locations to visit. The pictures were taken October 2021.
Post a Comment
Read more

Cougars Return to the U.P.-Nature Pushes Back 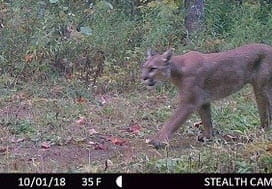 Cougar in the UP DNR   We have our own species of wild beast within the living tundra of the Upper Peninsula of Michigan. The cougar has returned and there are increasing sightings in the area. Some of this may be because of trail cameras and others because the population is increasing. I'm not sure if the DNR has a solid number of the population but what we do see is that nature is adapting to our presence. The cougar was believed to have left the U.P. a long time ago so its return would be environmental and adaptive (M eaning they are willing to live within closer contact with humans who have crowded their environments and it could mean they followed food into the area .) Mlive has a strong article by Brandon Champion ' DNR confirms cougar sighting in Upper Peninsula, 10th so far in 2021 ' The DNR also has a lot of great information on cougars in the U.P. DNR Cougar
Post a Comment
Read more

- October 19, 2021
Delta County has 4 Positions Up on the November 2nd, 2021 election. People who are engaged in political life do so for a variety of reasons. Some of these are great reasons and some of them are more personal. It is important to think about the type of people we are electing and whether or not they really represent our cherished values ( I don't know who is running so its just more of a general comment. Kind of curios now. 🤔). This is a local election so the stakes are much smaller than state and national elections. However, they still are important as they are a symbol of collective support. Move beyond partisan politics.... When Personality is Important Some research hints to the idea that most voters simply pick partisan candidates but when that partisanship isn't strong the personality of the candidate becomes increasingly important ( The dangers of hyper partisan politics is that we are blind in our thinking about some very basic things that we all value .) (Naik, Maier, V
Post a Comment
Read more 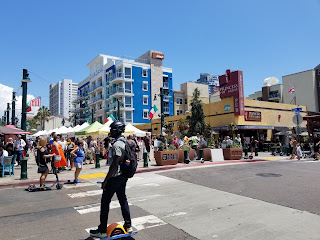 The internet economy is growing and its doing so fast. You can read the article, ' Study Finds Internet Economy Grew Seven Times Faster Than Total U.S. Economy, Created Over 7 Million Jobs in the Last Four Years '. Interactive Advertising Bureau (IAB) commissioned the study to understand how the Internet impacts jobs. This is what they found ( I took much of this directly from the summary ).... 1. Internet economy grew seven times faster than the total U.S. economy during the past four years. 2. Internet economy's contribution to the U.S. GDP grew 22 percent per year since 2016. 3. In 2021 the U.S. contributed $2.45 trillion to the United States' $21.18 trillion GDP 4. More than 17 million jobs in the U.S. were generated by the commercial internet, 7 million more than four years ago. 5. More internet jobs, 38 percent, were created by small firms and self-employed individuals than by the largest internet companies, which generated 34 percent. 6. There are 200,000 full-ti
Post a Comment
Read more 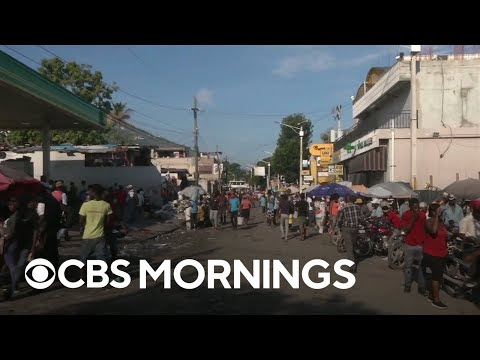 Militias and gangs want access to capital and to them missionaries seem like an advantageous place to look for such resources. However, it opens up a problem that must be dealt with appropriately. We as Americans do not want to be targets for rogue groups and mercenaries seeking financial gain. Likewise, we also don't want to inadvertently encourage such behaviors by giving the money and thinking all is well. In this case, whether we decide to give or not to give the people who engaged in such behaviors should be investigated, chased, and disrupted as a rogue group.  In other words, the consequences of taking should be higher then any perceived pay offs of doing so (appropriate use of force). No matter the religion and/or race of the victims, people who are trying to do good in the world should not be subject to the darkness of those who circumvent the positive values normalized in almost every culture. There is a place for firmness and strength as a path to a more civilized world.
Post a Comment
Read more 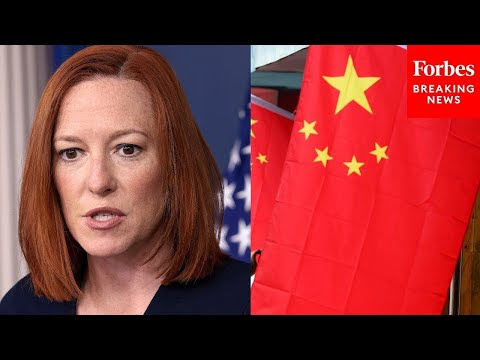 All nation states must have a self-defense mechanisms that should act as a deterrent to other nations. The U.S. must continuously push its innovative capabilities to keep up with a rapidly developing world. New technologies that have made their way into the defense industry were not necessarily developed by the U.S. We are at a critical juncture in history where decisions must be made and directions should be clear. Innovation, human capital and trust in our institutions is what is needed to build successfully into the digital era.
Post a Comment
Read more

- October 18, 2021
General Colin L. Powell passed away due to complications with COVID at 84 years old. General Powell was an interesting man that rose from a difficult environment and made his way through the ranks to become a very powerful person. He broke down some mental silos and helped create a stronger acceptance of diversified leadership.  He is one of those important examples of people who make it to the top through hard work, performance, and grit that help set the stage for others who want to achieve certain life marks. Its important to create as many inspiration paths and opportunities to ensure the best talent can rise to the top without artificial roadblocks. He was an example of someone who did that despite the odds. You can read more about General Colin Powell the 12th Chairman of the Joints Chief of Staff  HERE
Post a Comment
Read more
More posts