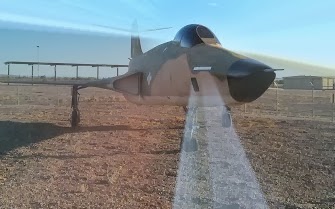 Leadership in tough situations requires one to dig deep to find values, meaning and strength at a more basic level. A paper by Jennings and Hannah discusses the concept of leadership identity formulation among those who experience some of the world’s most intense situations. They create a more concrete formulation of the idea of ethical leadership in the military even when the situation is tough and the right path is not easy to discern. The report focuses on the choice between moral versus legal aspirations.

The ultimate aim of any military is to project and employ force to defend their people, rights of their citizens, interests and very core values of their people. When stressful situations occur individuals within units have multiple competing interests. They may engage in self-preservation, protection of their unit, protecting civilians, engage their personal values, or engage the unit’s values. Each creates different avenues and opportunities for action. How someone chooses between these competing interests determines their ethical leadership stance.

According to Coker (2007) a soldier’s occupation may be fighting but his vocation is to combat the need for war. Thus, the soldier should develop character and virtue rather than simple behavioral compliance with societal norms. To think on this level requires the internalization of concepts such as honor, courage, sacrifice, and patriotism beyond simple social approval. Difficult situations test the very fabric of a person and their ability to draw on internal values versus external compliance.

The author describes military morality a little like Adam Smith’s Theory of Moral Sentiments. At the lowest level is simple grammatical adherence in writing while a higher form of expression breaks all the rules to create an eloquent form of communication.  The professor may give an F on the paper but an A on their ability to think beyond simple substance.  Those who take those types of chances are often judged for breaking codes and standards but can also create new standards that push the envelope.

Essentially, rule following is an extrinsic motivation based in a negative feedback model that creates self-regulation (Bandura & Lock, 2003). Identity conferring constructs are an intrinsically motivated positive feed-forward model based within self-challenge and self-efficacy (Bandura & Locke, 2003). One focuses on social acceptance while the other focuses on complete self-development.

The authors use examples of Above the Call of Duty to highlight their point:

Example 1: The rule-following member does not act to value civilians because he views his life as more important and the rules do not explicitly require him to act to protect others.

Example 2: The identity-conferring member moves beyond the rules and risks his life to protect others because he is guided by his military ethic of what is good, beneficial, and honorable.

The two persons are fundamentally different. The first person is more interested in their life and ensuring that they have the social acceptance of others. The second person is less interested in immediate agreement and moves to take on higher ideals of value. To do so requires a whole different thinking about self in the context of events. He is not only the rule-following soldier only but also the authentic soldier-protector who finds higher value in what he does. He recognizes the value of following the rules but can move beyond them if there is a higher principle worth engaging.

The authors focused on informing and inspiring military conduct under extreme conditions. Previous research fails to develop beyond basic transactional ethics and into the realms of virtuous behavior in combat situations. Exemplary leadership should be seen in terms of transformational and authentic leadership that moves beyond defined standards. As the nature of warfare changes to high civilian interactions and insurgencies the ability to maintain certain ethical considerations in isolation becomes even more important. The author contends that militaries will need exemplary ethics and leadership now and in the future to be successful.

Comment: It can be beneficial to look at leadership in high stress situations where a large array of possible decisions can be made to help organizations formulate a greater understanding of leadership management. This report helps us understand that rule and norm maintenance is an external value system based in self-interest. In day-to-day operations, and standard situations, these rules provide structure and should be followed. Occasionally, it is necessary to think beyond the rules and into greater value systems when difficult situations call for it. Where trust has been broken with the public it is even more important to ensure corporations act in the betterment of society and foster those strengths within their executives so they may think for themselves beyond the social approval of their internal social structure. There are a few examples where business leadership has gone above and beyond the call of duty even when they have taken all the risks.

Jennings, P. & Hannah, S. (2011). The moralities of obligation and aspiration: towards a concept of exemplary military ethics and leadership. Military Psychology, 23.