Showing posts with the label business social events
Show all

Congressional Luncheon at the San Diego Chamber of Commerce 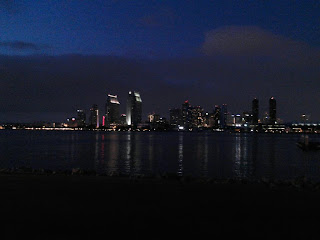 Business leaders, political socialites, and interested citizens made their way to the San Diego’s Chamber of Conferences Congressional Luncheon. The guest speakers included Congressman Darrell Issa, Congressman Susan Davis, Congressman Duncan Hunter, Congressman Scott Peters and Congressman Juan Vargas. A number of questions were proposed and each congressperson had an opportunity to discuss the topics and their viewpoints.  The event was held on August 19 th , 2013 in the upscale SD Marriott Marquis & Marina on the downtown harbor front of San Diego. With the luncheon came a chance to socialize and get up to speed on local political news. In addition to the nice meal, participants learned about the issues that impacts not only San Diego but also the nation.   The Congressional Luncheon was hosted by the San Diego Chamber of Commerce and supported by a number of important sponsors. The Chamber of Commerce prides itself on providing value, free enterprise, collaborati
Post a Comment
Read more
More posts