Showing posts with the label yoga activities
Show all 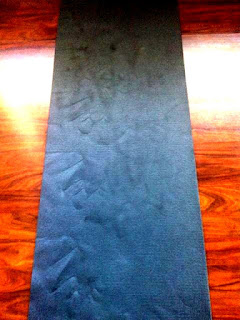 Yoga is an ancient practice that is at least 5,000 years old. Today marks the first International Yoga Day where millions of people will practice yoga across the globe for a day of health and peace. It was an event called by the  Prime Minister of India Narendra Modi. Some have criticized the politicization of yoga, but the overall idea could be a good one if it takes on the right objectives.   Considering that 75% of people in the U.S. are overweight or obese and people have become decensitized to violence a little yoga won't hurt anyone. As a nation we are becoming globalized and engaging in a practice that connects us to the rest of the world in our desire to be of good mind and body is positive.  Yoga is a practice that is part spritual and part physical. Depending on the type of yoga one practices they can expect to increase focus, reduce stress, improve flexibility and strengthen their muscles. Each person moves through a sequence of actions that speed up the heart and s
Post a Comment
Read more
More posts