Showing posts with the label scientific thought
Show all 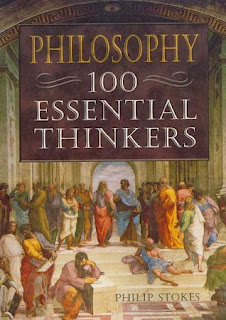 Philosophy 100 Essential Thinkers the Ideas that have Shaped our World by Philip Stokes gives a broad based understanding of the world’s philosophers. Each figure is given a few pages of explanation as well as their relevant contribution to society. One can find a broad sense of understanding as it relates to the overall concept of how philosophy has impacted societal thinking and science.  Some may wonder what the benefit of philosophy is on society. Without philosophy the basic components of modern understandings would not have been built. For example, if one didn’t wonder if the world was round we may never have traversed the ocean, built spacecraft, or had cell phones. Philosophy is seen as critical thought and human expression and contributes to both world affairs and societal development.  Philosophy doesn’t fit within a particular category of study like science but is considered the concept formation before modern science. It is the culmination of people who sat an
Post a Comment
Read more
More posts