Showing posts with the label fencing games
Show all 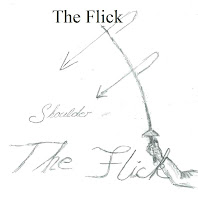 The fencing flick is a move that would likely make the traditionalists cringe when seeing it in tournament. The action is so quick fencers have a hard time formulating a proper defense. It is not generally taught at the college level under traditional curriculum and came into existence after the invention of the electronic fencing sword. Because it is not widely known or taught it can be a powerful tool to overcoming an opponent’s defenses.  The flick occurs when an attacker moves his arm and foil to hit his opponent but just before full extension flicks his wrist making the blade swish. Since the foil is long and slim it has the ability of bend and creating a wrapping action. This fly fishing motion causes the tip to bend allowing it to hit the opponent on the back or shoulder. Such an attack may also work on the front but is most commonly as a way of throwing your opponent out of balance.  The defense against a flick often includes using a modified sabre quinte (90 degr
Post a Comment
Read more
More posts