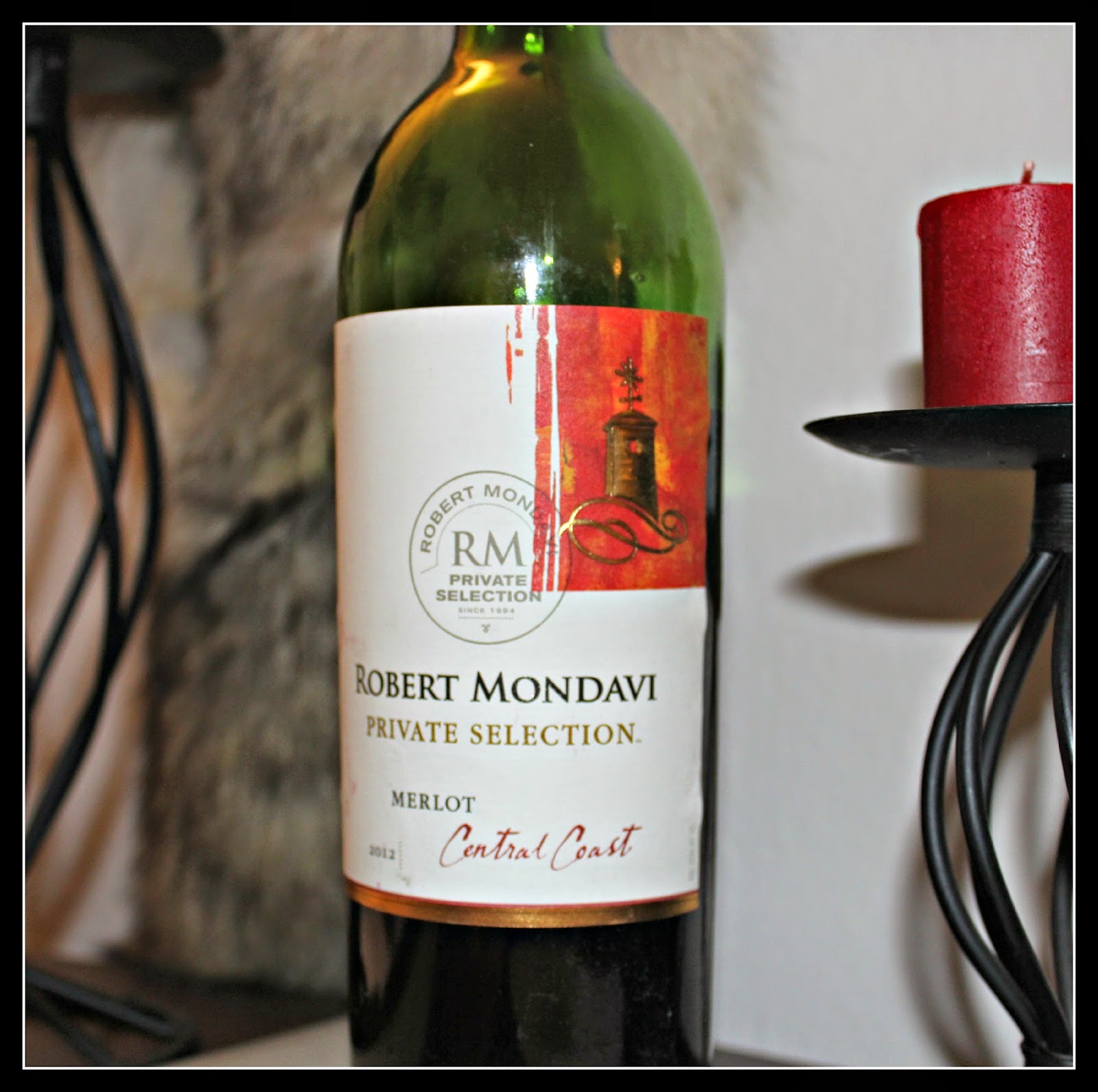 Robert Mondavi Winery Merlot Private Selection California 2012 is a bright wine with smooth cherry, plum and strawberry taste. There is a hint of black olive and spice as indicative of its coastal environment.  It is a dark red wine with a pronounced tannin bite that works well on cool and rainy nights or coming indoors from the chilled evening air.

The wine is produced in Monterrey County which was named as one of the top ten wine destinations by Wine Enthusiast Magazine (1). The location is ideal soils that receive ripening ocean mist. It is an area of winding roads and cliff side views.  Approximately 85 different vineyards have made their home in the area. Supportive local bars and restaurants offer local varieties.

As a West Coast locality Monterrey County has a unique history. The founding of the area started with the explorers Fray Junípero Serra, Miguel Costansó, and their band of engineers, Indians, and sailors. On May 24, 1770 they discovered the Bay of Monterrey with a description of the coastal wildlife as (2):

Having examined the cross they went down to the beach. Thousands of sea lions were about, so close to one another that they looked like a pavement. Two young whales lay together not more than a hundred yards off shore. The waters were as calm as those of a lake. From where they stood Monterey Bay looked like a great "O" just as it had appeared to Vizcaíno (first discoverer).

California is the wine state hosting a growing industry that is becoming world renowned. Its history with Spanish and American roots has helped the local wine industry grow. Most of the varieties are red by their nature and offer a unique taste when compared to their European cousins. As a lifestyle the wine vineyards fit well with the free spirited nature of the State. Expect to pay under $16 for a bottle of Robert Mondavi Private Collection Merlot. 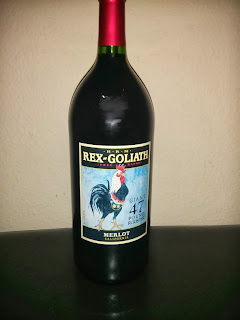 Are you seeking a wine that is good for sports night sipping that can cater to a variety of tastes? You may want to pull together a few dollars and buy HRM Rex Goliath 47 Pound Rooster Merlot. Some of the words that might describe Rex Goliath’s Merlot dark, ripe, smooth, plumb, cedar, and cherry. Very little back of the tongue tannin aftertaste but still maintains mouth-filling flavor. It is a medium-bodied wine from California.  One of the best wine values I have come across for under $5.00.

According to WineSearcher.com Rex 47 Pound Rooster is the 1152st most popular wine on their site. Various other reviews rank the wine 3.5-4 out of 5 stars. This means that most of the customers found the wine to be of quality value and a discount price. Comments such as “great taste”, “smooth”, and “candy” are common.

My personal impression is that the wine is great for casual drinking. It is likely to cater to a very broad range of non-serious wine drinkers. Low tannin and acidity help make the wine comfortable to the average crowd. By no means is it a high quality wine but it tastes just fine for the price. Some love it, some call it flat, but I am somewhere in the middle.

In case you are wondering whom that big bird is on the bottle it is Rex Goliath the world’s largest rooster. People came to Texas’s fairs to see and hold the large rooster. The label is part of its vintage artwork and circus banner. The wine’s label is designed to honor the animal by providing a strong option for everyday chicken pairing.