Showing posts with the label Mexican food
Show all 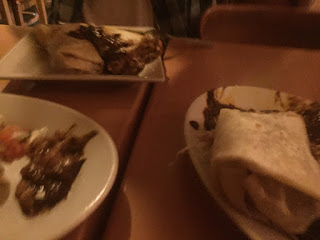 Burritos are one of America’s favorite foods and are part of our Mexican-American heritage . So popular , we spend $39 billion a year at 54,000 Mexican restaurants (2). The style of food is served in multiple venues like fast-food or gourmet . One can order a burrito with almost anything on it , making it versatile for different palates . Buyers beware as most restaurants serve their tasty burritos loaded with calories and saturated fat . The typical burrito contains rice, beans , meat and sour cream that calculates to over 1,000 calories and 14-18 grams of saturated fat (2). A vegetarian one I tried a few months ago had over 1200 calories. With such high calorie and saturated fat count , fitness minded people should concern themselves with the type and kind of burrito they are ordering . Last weekend I went out to eat with family and friends to a local Mexican establishment known for its vegan and vegetarian
Post a Comment
Read more 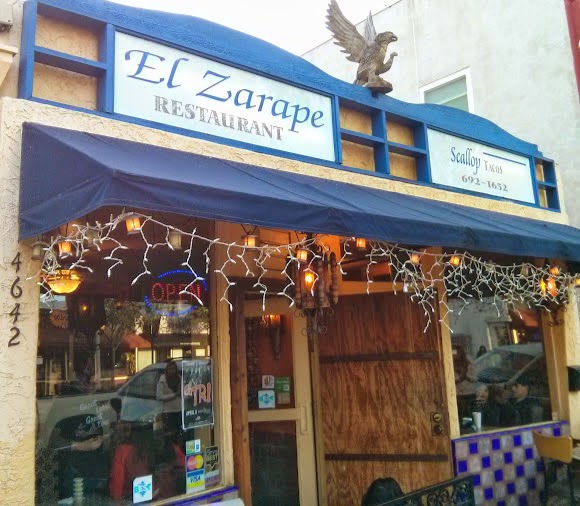 El Zarape provides a “quick bit” Mexican experience in the University Heights district. People line out the door to grab one of their Mexican specialties and make their way down the street to other activities. As a street side establishment you can order and eat in only a few minutes. Convenience, price and location appear to be the biggest attractions.  For 99 cents you can get a fish taco on a corn tortilla. The restaurant offers an option of either corn or flour. The corn tortilla has 70 vs. 150 calories, and 1 gram fat vs. 3.5 grams ( 1 ).   Other than protein, the corn tortilla is a healthy choice when compared to the flour option.  The other option is to skip the deep fried fish taco and go for a grilled fish burrito priced at $4.75. Options include shrimp, scallops, salmon, and lobster. Each provides an alternative for better eating. The taste, price and palate fits well with the working population and college students demographics of the area.   The re
Post a Comment
Read more
More posts