Showing posts with the label Mei-Ann Chen
Show all 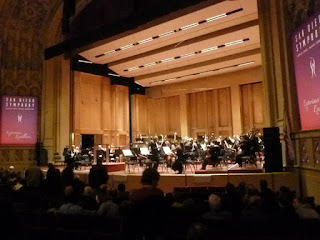 San Diego Symphony The concert Scheherazade is about the legendary Persian queen who saved her life and the soul of the king in the story of One Thousand and One Nights .   Every day the Shahryar (King) would marry a new virgin and every night he would send the last virgin to be beheaded.   Out of anger at the unfaithfulness of his first wife the king sent a thousand women to such a fate until he met Scheherazade. With her wit she would tell him a thousand and one night’s worth of stories until the king fell in love with her and made her his queen. Each night she ended the story half way through in order to keep the kings interest in hearing the rest. Perhaps some people may find a little wisdom in this performance. The charm of a person is not in the trinkets they buy, the clothes they wear, or how popular their Facebook page is. The true charm of a person is their qualities as a human being. A thousand young ladies, following the same path, were sent to their demise until
Post a Comment
Read more
More posts