Showing posts with the label Keynes
Show all

Is Time and Choice the Fundamental Components of Economic Development? 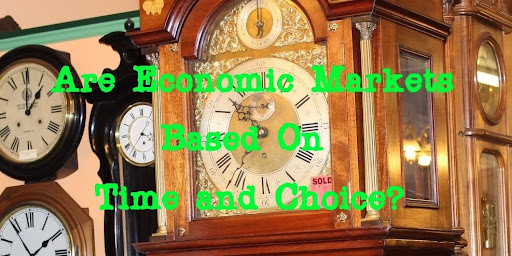 Development of financial success rests in part in the psychological functioning of individuals engaged within the market. A paper by Raines and Leathers (2011) helps understand how and why markets have under defined psychological components and how these components influence the economic system. They base their analysis on post-Keynesian economics, group experimental psychology, and the works of John Galbraith. At the very core of economic development may be the concept of choice? Economic markets are not perfectly predictable as history has shown that even some of the best analysis has failed at one time or another. Mathematical explanations alone are not yet sufficient for the overall understanding and prediction of markets. Keynes observed that even though mathematics is helpful many economic choices are made on the micro level based upon alternatives. Sometimes people may rely only on wishful thinking.  If we think of a large economic system we might be surprised that it
Post a Comment
Read more

- January 14, 2013
Keynesian economic theory has been under increased scrutiny as the U.S. national debt load increases and the economy suffers from a long period of recession. The theoretical standpoint of the Keynesian model is one of a mixed bag where those elements that would have a positive impact are often drowned out by inefficient governmental waste, political favoritism, and the cost of servicing the debt. Under certain circumstances the policies can help stave off economic collapse but fail to bring about positive benefits the longer it is used. According to the U.S. Census Bureau an era between 1790's to 1930's only saw deficits in government spending in approximately 38 years. Most of this debt was short-term and a direct result of increased costs of war or economic downturns (Lee, 2012). Total federal budgets ran at approximately 3.2% of GNP when compared to nearly 70% of GNP today (The 2012 Long-Term, 2012). At such a high debt-to-earnings scenario the Keynesian approach loses its
Post a Comment
Read more
More posts