Day 1 of our search for a lost shipwreck went better than expected. We are on the hunt for Queen City that went down near For River over a century ago. We went out and practiced on two ships the C.C. Hand and the "Wisconsin". The first ship we dove to try out some equipment and learn to coordinated while the second ship is much smaller and has never been registered. The marine archaeologist asked us to film the "Wisconsin" so he could get some ideas of the era as the name doesn't appear to be correct and/or reflective of the name locals were using. 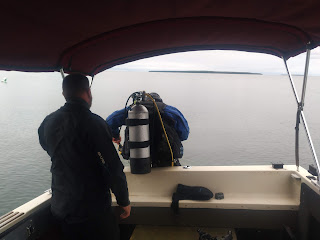 The first ship is well known called the C.C.Hand that went down with 24K tons of soft coal from Cleveland to Chicago in 1914. The ship hit ground while trying to navigate fog and was able to peel itself off the island. However, when eating dinner the ship started to smoke and caught fire. You can read more about it HERE. Everyone was evacuated. As an important side note the underlining shipping structures are some of the reasons why Delta County could have high value as a centralized shipping area.

The Great Lakes, and Delta County in particular, have an abundance of prior discovered and still undiscovered ship wrecks. Our team is chasing the Queen City. The diving is great and the water is often clear. There are plenty of places to explore and one is unlikely to run out of ships. Rumor has it that there is gold ingots from the Civil War near poverty Island from a ship called the Griffin. That would be a major find but unfortunately that ship is not our priority but I certainly would like to some day look for it. 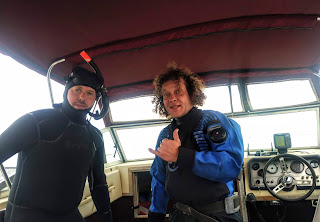 In our case, the gold is finding artifacts we can send to the local museums. I have been looking at some of the laws and rules around discovering artifacts on the Michigan Department of Environment Great Lakes and Energy (EGLE) website. It appears that we have no issues with just discovery but once we do discover the ship we can record it and then send in to the State of Michigan for an extraction permit. As our plan is to donate to a local historical society and are working with an archaeologist who once worked for one of the states archaeologist services I suspect we will be considered qualified.

Part 761 and the Federal Abandoned Shipwreck Act of 1987 provide necessary and sufficient statutory authority. Part 761 prohibits the removal, alteration and destruction of abandoned property which is in, on, under, or over the bottomlands of the Great Lakes including those within a Great Lakes underwater preserve without a permit issued by representatives of the Department of Environment, Great Lakes, and Energy (EGLE) and the Department of Natural Resources (DNR). Each permit may contain appropriate conditions. Engaging in activities prohibited under Part 761 are crimes. A person seeking a permit must complete and file a prescribed application form (see below). 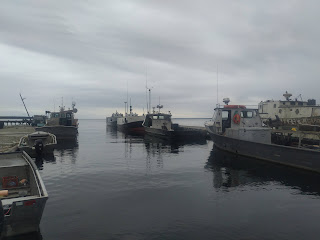 The first ship was the CC Hand and the second one was dubbed by a few locals who knew about it the "Wisconsin". It looks about 75 feet long smashed on the rock. It has square nails and appears to be part metal and part wood which would make me think it was a private yacht that eventually smashed on the rocks. My suspicion is that it was from the 1920's and was seeking safe harbor in the small marinas of the area and it ran aground and broke up. When we saw it, it was pretty broke up and scattered. When I went past the stern, beyond what you would normally go, I kept finding ship parts everywhere. Didn't find a name but I would like to go back in the summer and just take closer look at everything.

I haven't shared the video because I plan on making a high quality documentation of the day but it will take some time to edit and put it together. Our goal is to attract a few sponsors and some marketing interest for the area.