The World Bank Might Be Wrong About Growth This Year 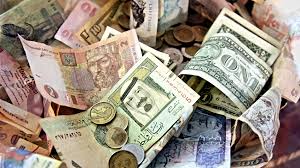 The World Bank projects that global growth will be around 2.4% while the IMF provided a higher prediction of 3.2%. Some important changes are occurring that could impact how much growth will be realized on the global economy this year. Those changes relate to relaxing of problems related to conflict, the long-tail of previous policies, and greater cooperation of economic actors.

It won't be a perfect economy and there will be lots of problems on the horizon. However, the policy changes implemented a few years ago in Europe and China will start making an impact. Slowly there will be greater growth as in Europe as cost cutting measures turn more into reinvestment approaches. China will stabilize its economic policy but may only experience mild growth.

International cooperation will have a greater impact as business speeds up through economic commitments and international expansion of business networks. Supply chain development may end up paying off this years as logistical improvements better ensure faster international product delivery times.

Conflict has also declined this year as nations are starting to rally around commitments to end conflicts in the Middle East. Major conflicts between Russia and the West have also declined leaving more room for growth. Russia can't afford to keep going with its policies over the past few years and will seek to bolster its economy through more economic cooperation.

Asian countries are going to to continue growing. They will be seeking opportunities to raise their positions in the market and are likely to start reinvesting in themselves. Asia is beginning to view themselves as an important economic bloc that has the capacity to challenge existing economic structures.

While it won't be a perfect year it is suspected that there are a few things that may change this year and a few conflicts will rectify themselves. Some places like Africa will continue to lose, emerging markets are moving into mature economies while existing powerhouse economies seen in Europe and the U.S. will better adapt to new economic threats and will push for growth. As a global economy we are emerging out of a slump and should realize something more substantial than a 2.4% growth rate.