Are Pension Funds in Need of New Leadership? 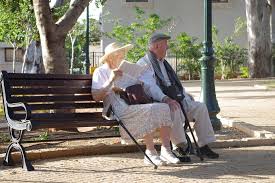 The Central States Pension Fund that 1,500 employers contributed to and 407,000 people rely on will likely be reduced to almost nothing. Projections are that it will be out of money in 10 years and there is no viable plan to save it. Employees are receiving this bad news now, have no way out, and the problems were present for years. Are our pension funds in need of new leadership?

Personally I love pension funds because in theory they guarantee we take care of the elderly when they can no longer can work. The problem is that other people love pension funds as well and this opens them up to all types of ethical problems and poor decisions.

As Detroit pension fiasco showed us, pension funds are so attractive that they can become part of financial lining of a city and its politicians. Scrupulous people and unethical businesses got involved, paid bribes, and wasted employees retirement money. Some got caught and some walked....no one would dare to oppose them until the FBI stepped in.

Those that raised a protest were swiped away as trouble makers.

Central States Pension Fund might be a different case but is likely based on some of the very same poor decisions that caused similar funds to go bankrupt. It didn't just run out of money one day and short-sighted decisions must have been made along the path. The employees get thrown into poverty and the business and fund managers move onto other opportunities.

I'm a capitalist at heart but I believe that when a promise is made it should be kept. A tall order in today's world! The problem is that government can't be responsible for other people's decisions. There is a growing need for ethics and values in fund leadership. The way we have been doing it isn't working and we are now seeing fund after fund implode because of poor management.