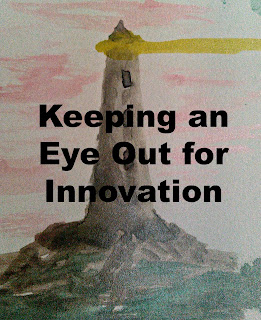 Defense Secretary Ashton Carter, a physicist by trade, announced at a visit to Camp Pendleton a new Defense Innovation Unit Experimental, or DIUx. The Pentagon's innovation outpost will make its way to Silicon Valley to scout for new advancements to see how they could be applied to the military. Keeping an eye out for emerging innovations means staying connected to the scientific scene.

Companies continuously seek new technologies and ideas to invest in. Sometimes they buy those technologies outright while at other times they invest directly into the business. The military isn't that much different but typically has to rely on well established products and pricey contracts to make new equipment available. The process of developing something new takes years and costs much more than in the civilian world constituting a long-term risk.

An advantage the military had was that they could buy in bulk and resell older models to make up some of the money. Contracts with the military were lucrative and people sought them out at inflated prices. However, with today's new emerging threats technological development will be much faster and this requires the military to be more connected to whats happening on the ground. They need to get emerging products quickly before someone else scoops them up.

This requires a team of creative people who are highly educated and can understand quickly how new things work. They should be able to understand unique ideas to see if they are worth exploring for greater applicability to the military. The type of people they are looking for are open minded, scientific, creative, and can envision the utility of ideas.

To get this technology before it is fully developed requires interconnection with the community of builders and creators. They will need to integrate and mesh themselves into this scene and know who the players are and where to get information. They will need to be willing to follow up on rumors and chase down leads on new technology to get in contact with developers. That relationship can only happen with like minded innovators who understand how creative people think.