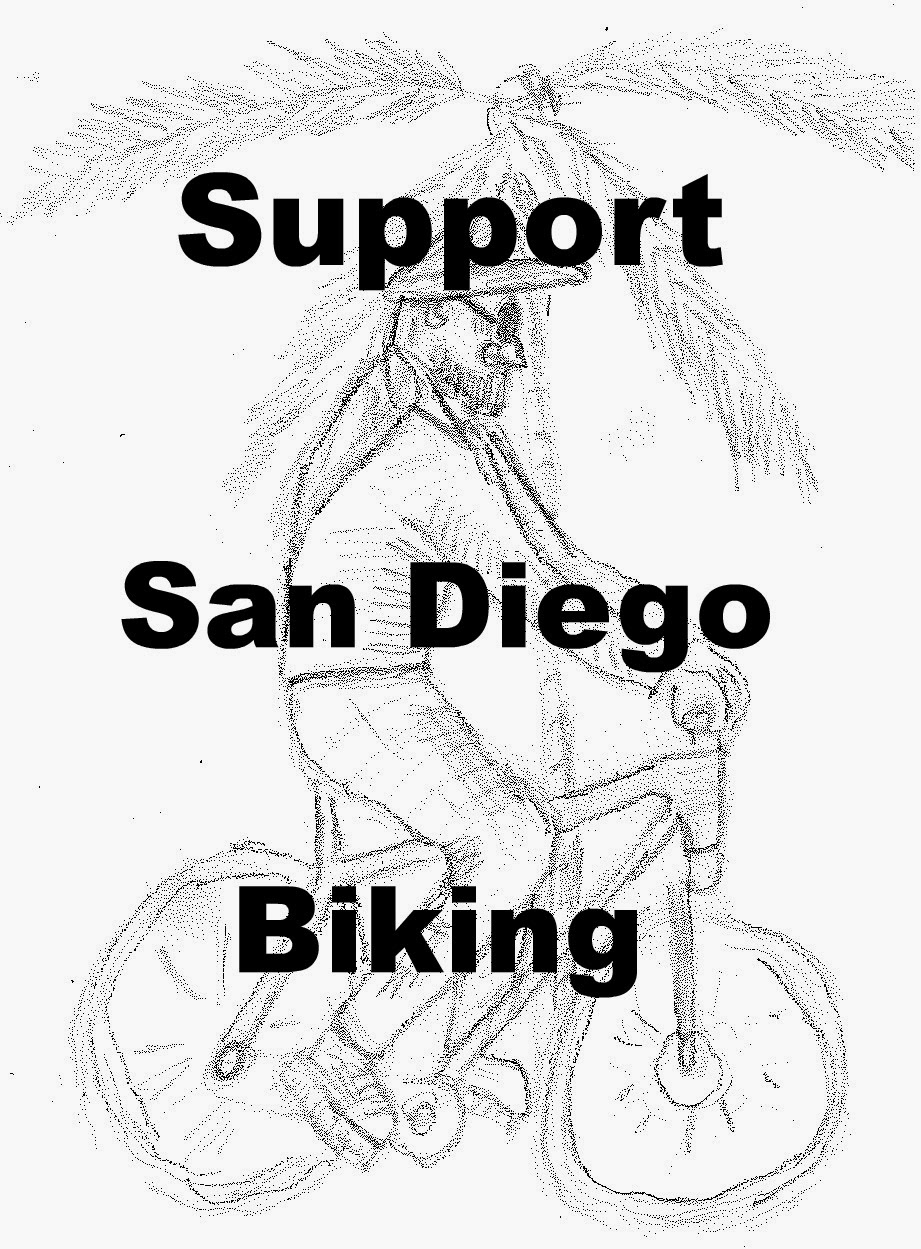 Biking is a great way to get around that creates a better living environment, protects the environment and encourages healthier lifestyles. Seeing people out on the streets enjoying themselves and riding their bikes to grocery stores, restaurants, movies, and other places is one of those Kodak images for San Diego. People who live here, or who would be interested in living here in the future, will consider the "walkability/bikability" of neighborhoods before choosing a place to set down roots and invest in a home.

Traffic is also a major contributor to stress and lost time in the city. We only need to look at the highways during commuting time. When biking paths are available, and people live within a few miles of their workplace, they may consider biking in instead of jumping in the car. The more people who bike into work the more it saves on highway congestion and parking problems.

Let us not forget that San Diego is an ecological city that prides itself on advanced environmentally green development. Encouraging biking in the area also supports reduction of fossil fuels and pollution in the city. Bikes have almost no carbon footprint and are one of the best ways to support the reversal of global warming.

Despite its benefits biking can be dangerous along certain streets where high levels of traffic move at a fast pace. Without bike lanes bikers are at the mercy of the good judgement of drivers; even if that judgement isn't that great. Drivers are sometimes are distracted, cut each other off, and feel perfectly comfortable zipping within a foot or so of a biker.  Bike lanes tell drivers "this is my area".

There will be hiccups in the implementation of any plan. City plans are generally developed from a city-wide macro perspective and at times neighborhoods will seek to adjust that plan for their own needs. Evaluating the concerns, seeking alternatives that create win-win situations when possible, and then moving forward is needed.  Keeping an adaptable version of the plan moving forward is helpful.

Supporting biking in San Diego is important for helping the local economy attract talent, reduce pollution, improve health, and create better neighborhoods. As more bike lanes are developed people will find more reason to leave their cars at home and take their bike to places they may enjoy. The discussion has motivated me to use my bike a little more often. Hopefully I can find a few lanes to use that keep me away from the onslaught of autos.