Showing posts with the label world war history
Show all 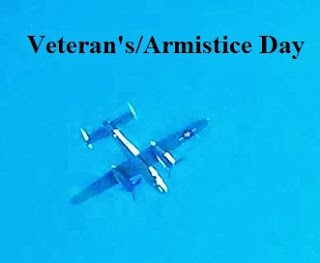 The guns in The War to End All Wars went silent on November 11 th , 1918. Even though the French signed the Treaty of Versailles on June 28 th , 1919 the fighting ended seven months prior. At this time, much of Europe was in shambles and the war marked a fundamental shift into a new economy by destroying older state institutions. Europe was rebuilt away from the traditional monarchical models and into an international economic framework. WWII President Wilson proclaimed the day a holiday in 1919 with the words, “ To us in America, the reflections of Armistice Day will be filled with solemn pride in the heroism of those who died in the country’s service and with gratitude for the victory, both because of the thing from which it has freed us and because of the opportunity it has given America to show her sympathy with peace and justice in the councils of the nations… ” The war was seen as resulting from 1.) the assignation of Archduke Francis Ferdinand, 2.) rise of nationa
Post a Comment
Read more
More posts