A Sunday Afternoon by Georges Seurat 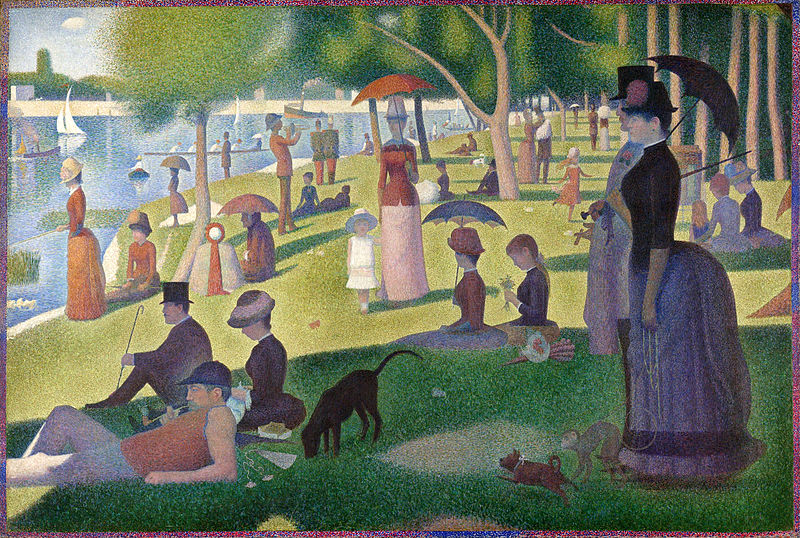 1884-1886 Georges Seurat spent two years painting A Sunday Afternoon through constant observation. Such a painting took a considerable amount of effort and he spent many hours sitting in the park drawing sketches, making preliminary paintings and perfecting his craft. He used a concept called pointalism which is painted in small dots to enhance the colors and make them more vivid to viewers. He is the perfect example of how many years of practice make perfection with one’s work. This is a very different concept than many people view today through the instant television impressions of success. Even our modern day heroes of sports players recognize the amount of time and effort they put into their own crafts. The painting was created as a representation of Ile de la Jatte which is an Island at the gates of Paris. Locals would bring their families to the park and lounge on Sunday afternoon. Such patrons would play games, fish, have meaningful conversation, and do other s
Post a Comment
Read more
More posts