Showing posts with the label sonar
Show all 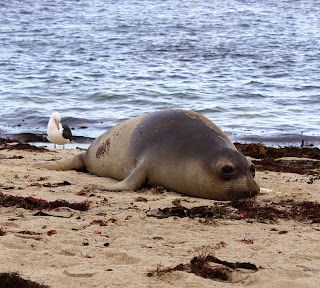 According to the journal Marine Environmental Research San Diego sea lions also react to underwater sonar. Younger sea lions react even more heavily to sonar sounds. According to the study, 15 captive sea lions reacted in varying ways. As they were swimming across the pool to hit a paddle the bursts of sonar forced them to change their heart rate, stay deeper underwater or jump out and stay on land. Some simply refused to finish their routes or participate anymore.  The Navy is seeking to collect and understand more about the sparse information available about wildlife as it relates to military activities. In this case, the sonar test is helping them understand both the capabilities as well as the impact of underwater sound waves. So far the use of tactical sonar signal (1 s duration, 3250–3450 Hz) has a noticeable impact on this species.  What is the benefit of this research? Certainly it is nice to know if there is a damaging impact on sea life and if adjusting
Post a Comment
Read more
More posts