Showing posts with the label saber guides
Show all 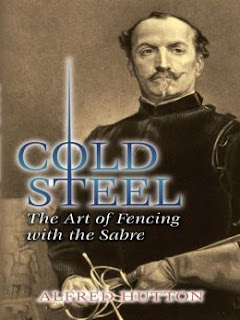 Cold Steel the Art of Fencing with Sabre is an interesting book that covers many of the concepts of fencing from the perspective 1889. At the time of purchases I thought it was an instruction manual for the modern fencing sport but upon receipt it became obvious that I bought a piece of history. During the Victorian England Era the career military officer Captain Alfred Hutton wrote the book as a method of updating Sabre techniques in the British military.  Hutton felt that sword play in England was falling behind its European counterparts. In an effort to update the skill set he combined some of the Italian styles and French styles with English styles. This is what makes the book interesting. Since saber is a quick paced sport where all of the body is target learning a few of the moves unknown to modern fencers may go over well in competition. The unique is sometimes the best advantage.  To him Fencing was an ideal sport to train soldiers. He believed that it afforded
Post a Comment
Read more
More posts