Showing posts with the label russian exports
Show all 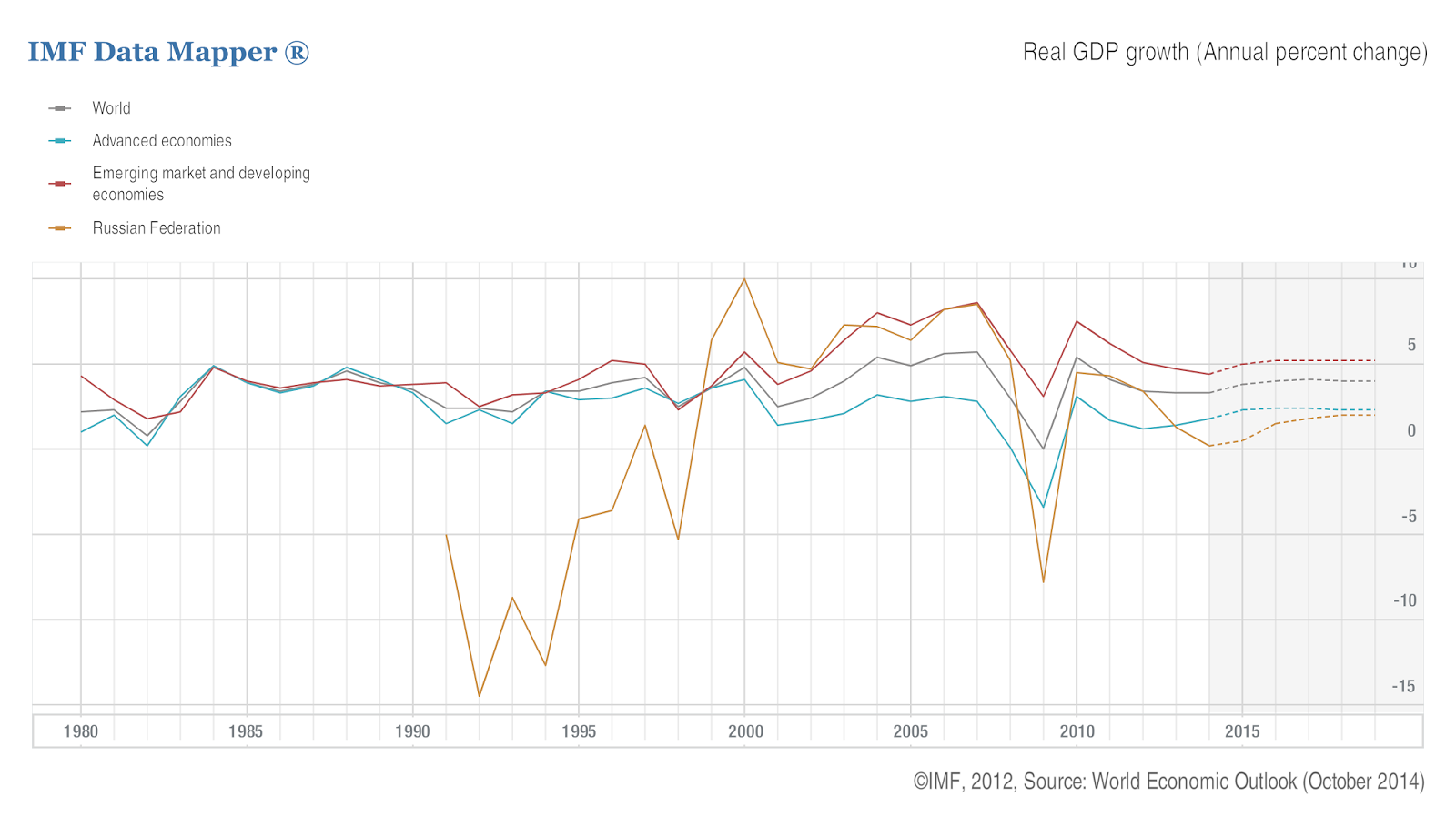 The Russian economy is in the tank and the IMF projects the economy will shrink 3.5% this year and land somewhere between +1% and -1.5% in 2016. The Russian economy has a number of things working against it, of which current escalating showdowns with the West is only one.  Problems areas such as diversification, politics, resources, time, and world economy are likely to hinder growth beyond that which is projected by the IMF.  Economic growth requires a number of elements to come together at once to create the right environment. Change in the Russian economy has been needed since the last drop in oil prices but little has been done to rectify the situation. Simply waiting for the oil prices to rise is not a wise strategy as new sources of energy hit the market. The Russian economy may be in this for the long haul as they are unable to make the reforms needed to change their economic structure. Lack of Economic Diversity:   The Russian economy is excessively reliant on it
Post a Comment
Read more
More posts