Showing posts with the label regional improvement
Show all 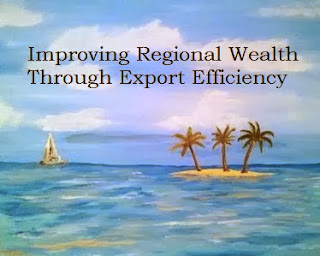 The authors Ha and Swales (2012) attempt to determine the single-region IO analysis of a stylized export-base model. They found that improvements in value-added efficiencies also improve upon the GNP of countries and the labor market. There were also regional improvements in exportation which helped to sustain growth. Exports are the underpinning of strong economic activity. The export-base model is a simplified version of the Keynesian demand-driven approach whereby exports and regional productivity are linked. As market demand increases so does the need to produce more products for export. This in turn can increase economic activity to meet market demands. Generally, when policy makers want to increase exports in the export-based model they introduce and spend money on the port and other export functionality. It is hoped that by reducing the costs through investments that it will make exportation cheaper and encourage more use of the facilities. This has a positive eff
Post a Comment
Read more
More posts