Showing posts with the label rational behavior
Show all 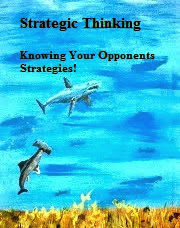 Art Dr. Murad Abel Reviewing a number of game theory results the authors Crawford, Costa-Gomes, and Iriberri (2013) discuss why people often deviate systematically from equilibrium in game theory. By understanding why some choices appear irrational (level-k) it is possible to better determine under what circumstances such behavior is prevalent. Their paper reviews and analyzes a large swath of game theory results to make some conclusions.  Strategic thinking is a natural part of everyone’s life and influences everything from school choice to business decisions. In game theory each person seeks to maximize their payoffs based upon predicting the choices of others by assuming the rationality of the other players. This is called bounded rationality as all players work under the same assumptions.  There is also something called level-k responses. It is an assumption that all players actions will improve in an attempt to take the dominant stance that eventually leads to equi
Post a Comment
Read more
More posts