Showing posts with the label general relativity
Show all 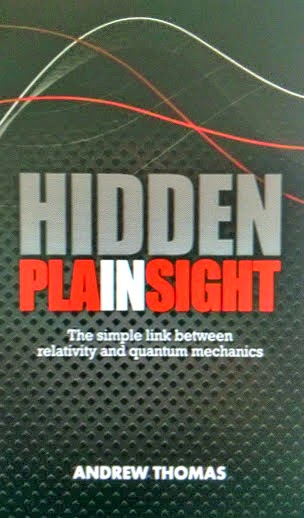 Physics isn’t the most popular book topic people gravitate towards when looking for a subject worthy of reading. Hidden in Plain Sight by Andrew Thomas provides a broad overview of modern physics. Even though the topics can be quite complex to lay readers this book has simplified the principles so that seemingly complex topics are covered parsimoniously. Two theories have dominated physics for more than a century. General relativity and quantum mechanics have allowed scientists to explore the universe with satellites and has led to new momentum in the space race. The two theories have not been well connected in literature. General relativity explains how objects relate to each other in space as well as the influence of gravitational forces on the movement of those objects. Quantum mechanics helped scientists develop the laser, computers, and other high processing products. It is possible to argue that general relativity is about big things while quantum mechanics looks a
Post a Comment
Read more
More posts