Showing posts with the label boardwalk
Show all

The Seaside Breeze of Santa Cruz Boardwalk and Wharf 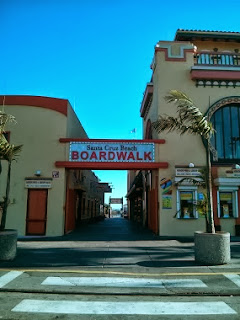 The white sandy beach, buzzing boardwalk, fishing, concerts, golf, and redwood parks are just some of the history and activities that Santa Cruz has to offer. The boardwalk and wharf are main attractions for visitors who want to enjoy the ocean air. From renting boats to watching the high tide sea lions you will be amazed by this quaint yet broad tourist attraction. It is a place where history can come alive as three countries once owned this seaside paradise in an attempt to secure new resources.  Santa Cruz is a resort town of approximately 60,000 residents. It was colonized by the Spanish in 1791 and started the Santa Cruz Mission to convert the local natives. These small band natives have all disappeared in modern times. In 1866 it became a city and supplied gunpowder, agriculture, lime and lumber products. During the Spanish Colonization period Santa Cruz, Los Angeles and San Jose were the only cities in California. In 1820 Mexico became independent and took over the are
Post a Comment
Read more
More posts