Showing posts with the label The Lusiad
Show all

The Lusiad (Discovery of India) by Luis Vaz de Camoes 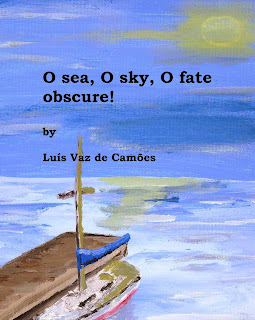 In 1572 Luís Vaz de Camões published The Lusiad, or otherwise known as The Discovery of India, about three years after his return. As Portugal was seeking news lands and wealth they naturally came across the culturally rich India. The author was impressed from his voyages and wrote an epic poem about the country of Portugal.  The poem describes the Portuguese as gods among other men. Their very existence and accomplishments of the past will lead to their success in the future. In a way he sees his people as chosen among the many nations of the world. This time period in which the poem was written is seen as one of the highest times for the Portuguese culture.  Their empire building began in the early 1400’s with the last handover of Macau in 1999. They had their hands in the Middle East, Americas, Africa, Europe and Asia. They are seen as one of the most powerful countries in world history. It was that perception that in WWII failed to allow them to give up some of their
Post a Comment
Read more
More posts