Showing posts with the label Sandro Botticelli
Show all

Art History: The Allegory of Spring 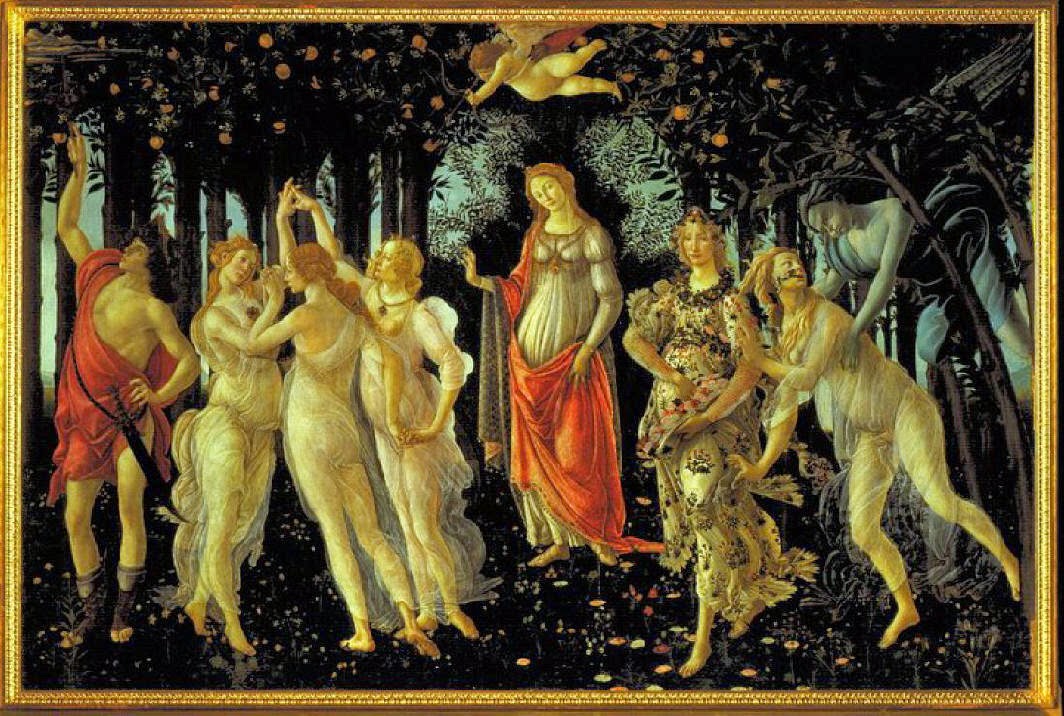 The Allegory of Spring ( Primaver) was painted in 1842 during the Italian Renaissance by Sandro Botticelli ( 1 ). He was raised as a tanner and made considerable fame in his lifetime. Some of his works were destroyed by himself later in life when he followed the direction of a famous monk. His works were powerful and he was once invited to paint in the Sistine Chapel ( 2 ). Only the best in Europe would be invited to engage in such activities and work for the Papacy. There are a number of theories as they relate to the painting. One seems to stand out against the others in terms of a combination of a popular poem and mythology of the time. It is believed the painting exists in the realm of Venus with Zephyrus (blue face) chasing Flora, Flora who scatters flowers to create spring, and Venus who protects men ( 3 ). She appears pregnant as a sign of giving new life. To the left are three Graces who dance and Mercury who dissipates the clouds above. It is a mythological story ab
Post a Comment
Read more
More posts