Turtle Soup? Try it Once! 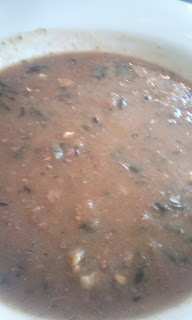 Adventure and exotic foods sometimes appeal to my palate. Sitting on the street patio of a popular New Orleans restaurant I saw Turtle Soup on the menu and decided to give it a try!

Turtle soup is banned in many places because the populations are hard to recover. Part of the Creole community New Orleans still has some restaurants that serve it. It is seen as a luxury here and in other places.