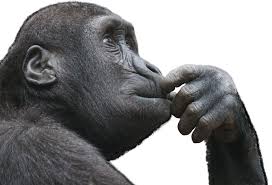 I have seen companies waste their intellectual capital by poor job design and even poorer policies. Really smart and helpful people have been passed up for people who play politics. At the end of the day the performers capacity is wasted while those who are the worst to lead move forward.

At times it could be the job design itself that causes the problem. For example, some jobs are designed to restrict the use of intellectual capital by creating false barriers between the job responsibilities and the responsibilities over the job. The employee has no reason to use their brains to improve their position and its outputs.

Other times there are poor policies that restrict the information flow throughout the organization and make it difficult for good ideas to come forward. There have been companies so poorly run that they locked down all information to keep certain individuals in positions of power even when the organization was moving into bankruptcy.

To create an organization with higher levels of intellectual capital needed to innovate in ever changing markets it is necessary to open up information and change job structures. Information should flow generously throughout the organization as ideas are the main catalyst for change. Likewise, jobs should be designed in a way that encourages higher levels of performance by moving outside traditional roles of responsibilities and into a more integrative and collaborative approach.