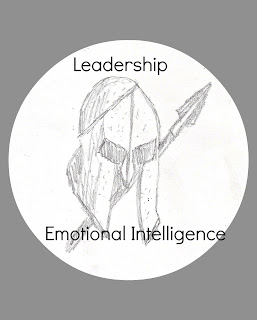 Emotional intelligence is that which stops us from making quick and irrational judgments without engaging our more rational processes. A surge of feeling can lead to outbursts of anger, berating employees, or a poor decision that impacts the rest of the department/company. Those with emotional intelligence can gain influence through their ability to deal effectively with others.

One must first understand themselves to understand others. Once this understand sets it the ability to understand and influence others becomes apparent. In the military, command and control structures create authority but not the highest levels of performance. Excelling beyond the call of the duty requires leaders with high emotional intelligence that can push people to the upper reaches of effort.

In the military emotional intelligence can influence subordinates in a positive way (Abrahams, 2007). Such leaders can move beyond structure to create inspiring relationships that draw subordinates to help solve problems. The leader can command a level of respect through his/her even keel personality and appropriate reaction to events.

Emotional intelligence is important in both the business and military world where strict organizational structure limits the amount of personal connections that can occur. Information is transferred through these personal connections and those with higher emotional intelligence can maintain their relationships and develop higher levels of performance among their employees by understanding their needs and motivations.

Goleman, Boyatzis, and McKee. (2013). Primal leadership, with a new preface by authors: unleashing the power of emotional intelligence. Paper back.