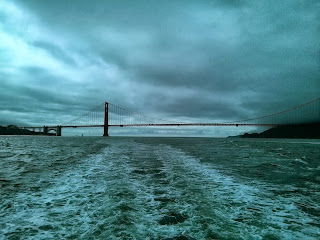 San Francisco is the city of misty ocean bay sites, fishing boats, art, and technology. From sour dough bread to dark chocolate, it has a history of survival. Walking along the pier it is easy to see the charm, as trolley’s flow through streets and lively patio dining are commonplace. Like Paris, it affords a unique opportunity to watch the multitudes of people from all of the world come to experience the tours, eat their fill, and enjoy the nightlife. Walking up the shop lined streets you may even find a local art vendor willing to part with their masterpiece for a few dollars. Its history is as international as its people. 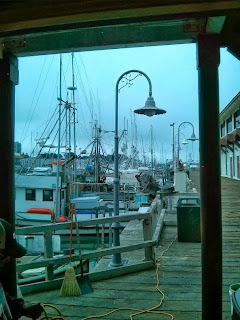 Sir Francis Drake first saw the bay in 1579 and took note of it as he moved on to explore other opportunities. It stayed untouched by European hands until the expedition by Gaspar de Portola who founded the Presidio Army Base and a Catholic Church in the area around 1776. The goal was to enslave and convert the local Ohlone population and set up a Spanish outpost.  The area moved into Mexican hands after their independence and then to the U.S. in 1848 after the Mexican-American War.

The Presidio Army Base continued as a military outlet until 1989 when the military reductions turned it into a park that eventually became self-sufficient. A total of 219 years of military service with three nations were operating at that base in various forms and times. The government set up a trust and it is now a national park with hundreds of thousands of visitors annually.

Under the Spanish, the base hosted a garrison of only 33 men.  In 1848, the U.S. made it a headquarters for a number of military units ending with the 6th Army.  It was a jumping off point for the invasion of the Philippines and was a key defense point during WWII. It hosted medical staff during the civil war as well as the Potomac Army. It was America’s longest running base dating back generations and throughout the history of the area.

During the Gold Rush of 1848, San Francisco’s population exploded from around 1,000 people to 25,000 people. The growth was so large that the infrastructure could not keep up which is why the small streets are still the norm continuing to cause traffic problems today. It maintained for over a century a very large Chinese population that sought to seek their fortunes and is of the largest populations outside of China totaling nearly 1/5th the city’s population.

During the mad population explosion committees of vigilance where created to deal with crime and corruption. They arrested, and sometimes killed criminals, as well as forced a number of local politicians to resign. It was an era where rapid explosion and wealth created corruption and damaged the lives of its citizens. The people took the law into their own hands.

Somewhere around the 1890’s the city became known as the Paris of the West. It was home to famous artists like the author Mark Twain and an international community of creative thinkers. Streetcars were built and the nightlife was at the top of its game. It was a place where people frequented to create and invent while enjoying socializing with others from diverse backgrounds.

Today, San Francisco is the 12th largest U.S. city. It has a technology hub that has helped gentrify poor neighborhoods. Likewise, rent is still considered high and people live a life that would be uncommon for those in the rust belt. Yet despite these drawbacks it is still a city where travelers from the entire world come to see the sites, where companies bud, and where people freely express themselves. It is unique in its cultural and social atmospheres.