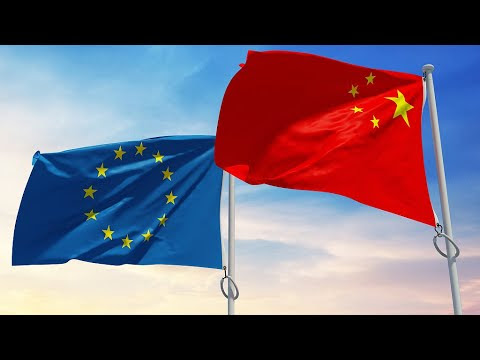 China is the biggest EU trading partner. You will also see in the statistics that imports into China is growing while exports to China is a lower number. The deals are may be considered mutually beneficial but defiantly more beneficial to China. China also grew during COVID while the U.S. economy shrunk.  You will also notice that while China, U.S. and EU are the world's largest trading partner that China GDP with PPP multiplier is 16.4% and the U.S. 16.3%. That means China has a larger economy but not well distributed in terms of real wealth for people. The U.S. is much larger in terms of GDP per Capita. It might be helpful for the U.S. to think about doing things in new ways. COVID and the digital world could be a serious game changer the U.S. if it capitalizes on opportunities. We must consider the possibility that new economic models should help the U.S. rejuvenate on our existing strengths to better master the economic supply chains of tomorrow.  There are probably lots of gre
Post a Comment
Read more

The Importance of Investigating Hate Crimes In Michigan (and the Nation) 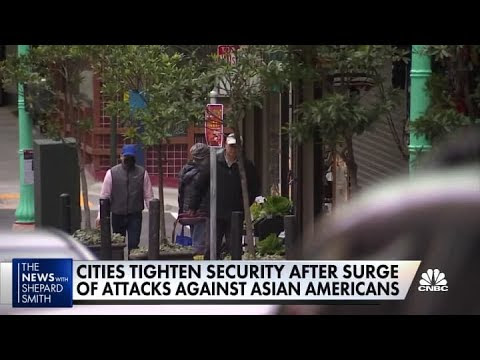 Allowing people to get away with hate crimes in the form of ethnic cleansing behavior, coordinated harassment, embezzlement, manipulating children and radicalizing their followers to act is tantamount to lawlessness. These behaviors seem grotesque and something rare but not far from how it works in various form for many Americans. In Michigan, we don't track hate crimes well, have a difficult time investigating the full crime and its associated factors, and often don't act when its needed to act. We can change and improve that to create more stability for everyone.  There are those who stand up to hate and many good law enforcement officials that know the difference. There are others who should have never been hired, should be removed, and their backgrounds/complaints investigated. I'm thankful for the good officers who know the difference and hopeful our government will hold to account the bad officer who felt its ok (immunity) to engage in alleged criminal behavior (by t
Post a Comment
Read more 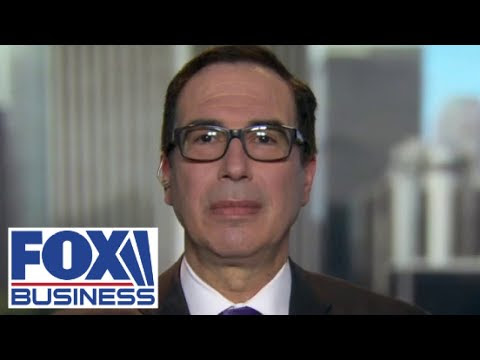 Former Treasury Secretary Steve Mnuchin believes that further stages stimulus would be helpful. He states, " traditional economic models don't really work here ". He would like to see a 5th or 6th bill get passed. Inflation could be a risk as the market becomes more flooded with govt. money but that inflation should be managed and stabilized. There should be some concern over the debt. However, he believes stimulus can be helpful for getting the economy back on track. I think in this case he is right in terms of the economic principles are different then they were in the past. The fundamental nature of how we interact and share things has changed. The Digital GDP and Information Age are challenging a number of the old assumptions. New economic phenomenon will push our older economic models to better incorporate a digital e-commerce world. I'm not opposed to spending money but I think that we should think mid to long term and how it will create a "net positive&quo
Post a Comment
Read more 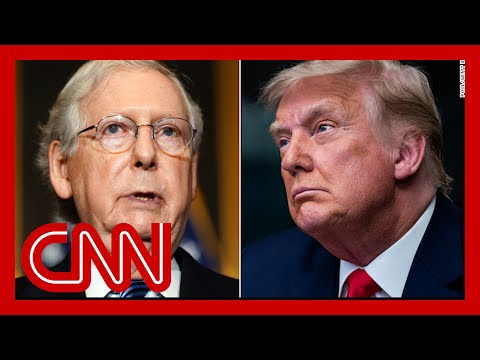 There seems to be a split coming in the GOP. While no one can say what is going to happen, we can say that two different ideologies and two different types of leaders vying for power is going to create sparks. There are fundamental differences between Traditional Republicans and Trump Republicans that might create a type of ideological split that will vibrate our political institutions. That will mean whole different ways of thinking and approaching issues (some good and some bad). I'm all about national stability with sustained growth and improvement. Splitting the GOP party will mean much less influence for the party as a "whole". It will also cause problems for Democrats that come to find they have their own differences within their own party. If there is one large party and multiple small parties we can suspect their will be a type of implosion down the road within Democrat ranks as well when their counter balance is removed (Democrat party is built around a lot of in
Post a Comment
Read more

- February 16, 2021
The Business Leaders of Michigan weighed in on the budget with their recommendations. Much of what they seek is related to education, mobility industry, and training. Through such an approach it appears they are focusing their recommendations toward 1. next generation, 2. future industries and 3. current skills available in the state. Such organizations contribute to our knowledge of how to create states that attract and develop investment and talent. Industry recommendations are important for leaders to take note. Future industries in fields that are likely to grow take into account the current skills needed to work in these budding industries but also the long term skill needs of such an industry in the future. As industries grow there will be new learning/training occurring but long-term competitiveness will not only delve into the current worker population, but also into the next generation. What I like about these business organizations is that they have a solid grasp on what the
Post a Comment
Read more 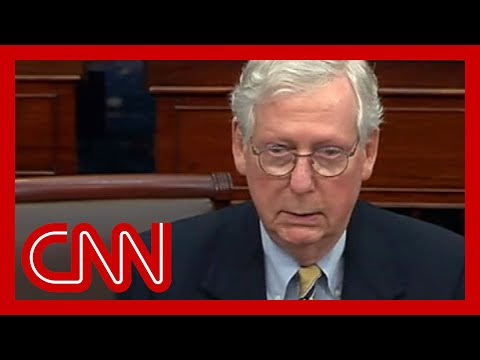 It appears from the video there is a serious debate going on in the GOP as it relates to the path going forward. There will be some who support Trump and there are those who won't. There appears to be two different groups within the party and they are vying for power and influence. While passions of the day likely rally people's spirits I believe the long term approach of the party will be based on fundamentals that have held the party together for a long time.  For me, I'm staying close to what I believe the truth is, that which makes the best sense for our nation, and evidence based solutions to big problems. Thus, I stick with those who have more interest in the success of their nation than their own political interests. It doesn't matter who, what faction, or where other's loyalties lay. Its not really a answer but it means I will use my principles to determine what I believe and follow. You can read Senator Mitch McConnell's page HERE .
Post a Comment
Read more

- February 15, 2021
Our minds need to change about hate in Michigan. While we know that hate is championed by dark personality traits we don't have a full grasp of its prevalence and its impact.  Political rhetoric pushed hate into minority/majority and right/left dynamics that legitimizes poor behavior. It is up to our national leaders to pull us toward the center and let evidence based decision making take precedence. Hate isn't specific to any race or religion and is worrisome form of aggression based on psychological distortions of fear and dominance. Our future rests on people working together to set free the powerful cultural and diverse talent that will help us overcome our national challenges. Michigan has seen hate groups come into center focus during the elections and our capital has seen its doors bashed in by extremism. Radicalism from any political leaning should not have their place in our modern storyline.  As a state, we can choose to embrace hate and the power struggle it causes o
Post a Comment
Read more 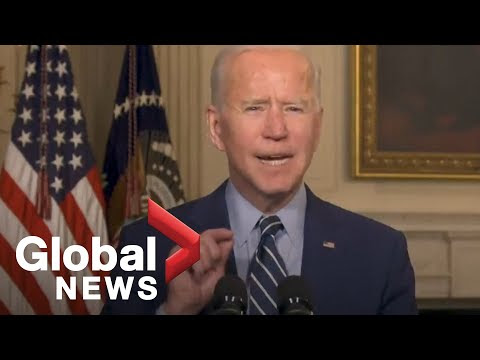 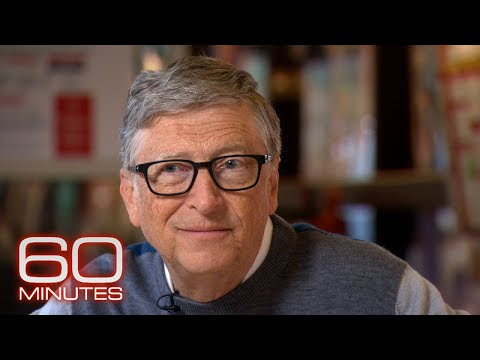 Bill Gates was interviewed by 60 Minutes on Climate Change. There is a cost to having such a large population on the world and products that don't go back into their natural state. There is also a cost to all of the fossil fuels and other power generating processes. We can reduce those long term impacts by thinking about innovation and biodegradable products. The technology is there but it isn't yet cost effective. There will be new technology needed to scrub the planet and technology needed to adjust industry toward cleaner and more efficient use of energy. The transformation will need to occur to in a way that leads net positives through better products that have market demand. There are two ways to look at this. We can legislate or we can innovate. Chances are we need a little of both. First, I should say that legislation is not the answer to all of our problems but it can be a tool to push industry to change. The market is a much better system of pushing change but often do
Post a Comment
Read more

- February 15, 2021
Attaining of goals is a defined process that helps to increase outcomes. It isn't about shooting in the dark in hopes of blindly tripping over your goals. A little planning can go a long way in fostering positive outcomes. The SMART goal setting technique can help you define what you want to do and in the time frame you want. Writing your goals out with specificity can be difficult and takes some time catching on. The problem with lots of goals that we make in our daily lives, like New Year's goals, is that they lack the "teeth" determine when we have accomplished them. Without some objective measurements the goals lose their ability to be tracked and monitored.  What is SMART? Specific:  Be specific and write down exactly what you want. Don't be too broad. Measurable : Your goals should be measurable. Attainable:  Your goals should be reasonable and realistic. Time Bound:  Make sure that you have a specific time-frame to complete your goals or they will go on for
Post a Comment
Read more
More posts