Living a Varied and Healthy Lifestyle

We Americans are not as active as we once were. Driving a few blocks to the store, overeating, eating lots of carbs and lots of TV watching is not healthy. It adds up over the years and eventually our doctor begins to warn us about diet and exercise are important. Without change you are likely to continue down the path of declining health. You can create change in your life that leads to greater life satisfaction and health.
I get it! We are busy and have jobs, kids, bills, clubs, and much more. Our lives are hectic! That doesn't mean we can't create a more varied lifestyle that leads to better health. No one says you have to go to the gym for three hours a day. That would get boring fast!
You can integrate workouts and healthy exercise into your life. For example, when you can take an elevator to your floor you may want to opt for the stairs. Perhaps its only a few flights but by then end of day you may have climbed it three times.
Same can be said for lunch. You have an hour. Go speed walk around a few blocks and then sit down and have your lunch.
During the day I like to do some sit ups, push ups and other integrated lifestyle activities. That may not be easy for everyone unless you have your own office. However, if you do it consciously all day and evening you can get in a couple of hours a day by bedtime.
Furthermore, try and create variety. No need to do the same movement over and over like they tell you in the fitness magazines. The best health is when you have a variety of movements and activities that use different muscles in different ways.
Try short spurts of different fitness activities like swimming, jogging, biking, walking, boxing, etc... Yes do your weights but make sure you do all of the other stuff too because our natural bodies require variety of movement and resistance types.
I got this fitness certificate but don't use it to help others very often. Yet it did teach me about health so why not share the knowledge. Oh my doctor gave me a check up the other day and "knock on wood" she said I'm in great shape.
No comments:

Research takes a lot of time and developing vaccines takes years. Operation Warp Speed did show us that speeding up slow research is possible. Streamlining the process is important because there are a lot of approvals and hoops to jump through. However, the risks to life were greater if we didn't develop a vaccine. It was necessary to accept some risk in the process. Yet it does tell us a little about research and our ability to speed up the process.
Can we apply those ideas to universities for national innovation?
The same concept couple be applied to innovation industry research. Things take time so sometimes good ideas can't be rushed to an "aha moment". However, science does follow a process of learning, integrating, and applying knowledge. Thus, innovation has something to do with the amount of time we spend in research. We might be able to better utilize our human capital.
Online universities do have options to create more innovation in the market that impact large swaths of industry. For example, a new biodegradable plastic that can be made at a competitive price might not only make billions but also help the planet. One complaint of universities is they don't often take new knowledge and apply it quickly to industry in a way that leads to innovation. We will need our universities to invent great ideas (online and campus based) and novel solutions to be used in the market.
Streamlining research that isn't risky to human life and encouraging universities engage in more applied research can be helpful for national R&D and innovation. Encouraging industries to help universities by investing in particular researcher on a larger scale might help some schools that are struggling. Save schools while maximizing national research. Just an idea that isn't necessarily vetted.
You can Read the Release HERE

DEVELOPING EFFECTIVE VACCINES: President Donald J. Trump is harnessing the full power of the public and private sectors to deliver a safe and effective vaccine as soon as possible.

UNLEASHING AMERICAN INGENUITY: President Trump has unleashed the power of American innovation in order to fight the invisible enemy.

$5 million+ in Grants Available for U.P. Businesses trying to Restart Administered by InvestUP

As of July 15th 2020 there are grants available in the MEDC SMALL BUSINESS RESTART GRANT PROGRAM. Businesses can receive up to $20K and Application Deadlines close August 5th.
Businesses in the U.P. with 50 or less employees are eligible. If the money is there some may want to take advantage of it.
The money can be used for anything as it relates to Covid. Think in terms of payroll and expenses.
Invest U.P. will be responsible for selecting the businesses to divide up $4,545,455. See FAQ HERE
You will also want to check out information as it relates other COVID Resources HERE.
No comments:

"Getting Tuff" government no longer works in all cases. I'm reading the article, "Michigan county treasurer rebuked for seizing retiree's home over $8 tax debt" by Andrew O'Reilly and I realize that common sense really failed here. Tax officials saw the technicalities of the law but failed to use reasonableness in its application. Government should work for the people and be based in what is best for its population.
Our governments role is not to enforce laws blindly but to do so with wisdom and knowledge. It is invented to help manage groups of people and keep order and togetherness. We as a people created a contract to be governed. However, when things like this happen a there is a lack of common sense we have to sort of rethink the type of people we put in positions of power and the way in which law is interpreted.
Laws are laws but they are blind and like any good or bad ideology they can be manipulated. There are times when the application of a law goes against its very spirit. We see this all the time when two judges come to completely different ends of the spectrum but then fail to truly understand the significance of what they are doing and their role in society.
I can say that we need a better way of managing our "railroad" in the future. We deserve smart, honest, and thoughtful people in our government that have the best interest in mind. I bet where mistakes are made like this on a regular basis there is little review of the blind processes and incentives in place that push to forfeit as many properties as possible. If that was their grandfather would they have done the same?
No comments:

Could Delta County Use "Rural Opportunities to Use Transportation for Economic Success (ROUTES) Grant?"

Delta County has a lot of roads and could be a transportation and shipping hub in the Great Lakes. It hasn't really capitalized on its deep sea port nor its centralized location as a gateway between Canada, Chicago and Detroit. There are grant monies available and it may be beneficial to look at which grants could improve our local roads. If there is money available we should be fixing pot holes and setting up for longer term economic sustainability.
The following was taken from a press release....
No comments:

Diving at the Quarry-Mining Cart

I believe in a healthy and active lifestyle with lots of variety. There are people who feel that the more toys and influence they gain the happier they will be. I guess there is a point where money does bring some level of happiness but then influence, health and lifestyle become more important. I once read a study on wealth and happiness and once you get to a certain level people felt other things were more important.
In my case I have an explorer's heart. I like to try new things and discover new things. Even though this mining cart has been seen by most of the divers in the area it is still new to me; and probably you as well. I had the idea of next time putting a plastic skeleton hand in it.
No comments:

Pictures of the Farm-Horses and Chics!

I know that this blog can be a little heavy from time to time so sometimes it is nice to include some lighter stuff. Nothing profound...just the simplicity of life. 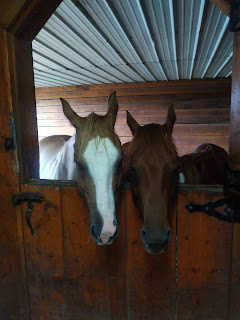 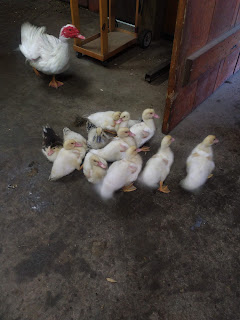 The CIA has a uncrackable code that no code breaker has been able to break. The first three code strings have been broken but no one do the others. There are a lot of people trying to break this puzzle. If some of the world's smartest people in the world are not able to crack it then they are using the wrong type of logic. Logical sequential type mathematical models might not work. I wonder if they look at it from the world of symbolism and how that relates to logic they may be able to gain another perspective. It doesn't mean its right its just that the solution is right in front of their eyes but their brains are not seeing because they have solved problems the same way using the same method. They might need to step back and look at it from a different perspective.
One day someone is going to look at this think and just sort of "click" and go well that was easy! Kind of cool.
No comments:

Giftedness and the Stoic Concept of Justice-Universalizing Justice