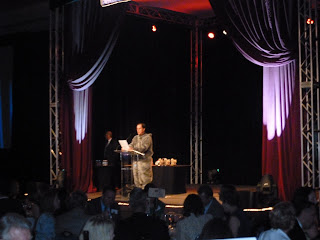 On an annual basis the San Diego County Taxpayer Association (SDCTA) holds an event to honor the best and worst in tax spending associated with local government.   This year’s event was held at the San Diego Marriott Marques Hotel and Marina on May 9 th , 2013. The organization focuses on government efficiency, accountability, and decision making abilities of local leaders over the past year. The event draws a large crowd and sponsors due to its inherently interesting information and context. It is hard to know who is going to get a flower and who is going to get a boot.  The association spends a great deal of time crunching numbers and reviewing public spending. Through this number crunching they often find hundreds of millions of dollars of wasteful spending. They make their nominations for the Golden Fleece awards and call out such organizations by name. Their approach appears to be somewhat bi-partisan in its methodology which may be one of the reasons why it is so popula
Post a Comment
Read more
More posts