Showing posts with the label Martin Ziegler
Show all 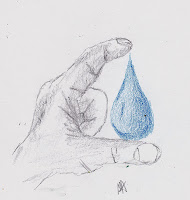 It is hard to imagine that climate change and innovation have something to do with each other.  However, new research into archaeological innovation and climate change indicates that there are important similarities in history between changes in the environment, cultural interaction, and an explosion in societal innovation.  Africa was once a hot bed of human adaptation and change and sets a historical example that modern innovators may find useful. Africa around 60,000 to 80,000 years ago began to experience higher environmental changes forcing humans to adapt their practices. Martin Ziegler, an earth scientist from Cardiff University in Wales, believes that early humans adapted when parts of Sub-Sahara Africa experienced conditions that were more hospitable for humans.   As the global temperature shifted cooler, based upon ocean activity, the world found that some areas were more lush while others more dry. In the study environmental activity was compared against archeolo
Post a Comment
Read more
More posts