When People Should be Held Accountable for Not Dealing with Mental Health Issues?

Mental health is an increasing problem in our society and most of our administrators and law enforcement officers are at a loss on how to deal with it effectively.  According to the National Alliance on Mental Health 19% of Americans are impacted by mental health each year (NAMI, 2019). While that number is astonishing there are a few in that percentage that are destructive to others and thus we need to ensure our Justice system is able to differentiate and hold accountability people who don't want to be responsible for their care.

Each person is going to have their own experiences dealing with people with mental health and the people around them with Mental Health concerns. There are those who have issues but look within themselves and their community to find help and don't want to be destructive to other people. There are others who lack the insight and accountability to their mental health behavior and in turn seek to inflict chaos and harm to others. These are the ones we should be concerned about from a law enforcement stand point.

Why? Lack of ability to deal with mental health causes other issues for people in society which often includes willful violating the law. For example, a person with a narcissistic disorder may spread rumors, put in false police complaints, encourage societal violence and shunning rooted in bigotries, endanger children, and seek to damage people through psychological projection. With narcissism spectrum one of the only deterrents is punishment as common sense concerns and empathy do not factor into their self construct and decision making. But there can be a solution....

Let's take a look at Narcissistic Personality Disorder as an example of how a grandiose personality relies heavily on the need to feel superior in some way. According to Dr. Caligor and Dr. Stern it is possible to use, "framework of object relations theory (ORT), core organizing, structural features define NPD and provide a coherent conceptual framework for understanding clinical features"(Caligor & Stern, 2020). The characteristics of such disorder entail a grandiose sense of self that doesn't afford the
same ability to have a healthy self-regulation based on normal identity formation.

A person with this disorder may always need to be at the center of attention. It could be the loudest in the room, overly concerned with societal position, willing to act like a bully to others, spread misinformation, triangulate others through false rumors, and in general be self-opportunists. They may be popular, they may get along with most people, but when their fragile sense of self is shaken, and they are unable to apply control mechanisms successfully, you may have a full blown narcisstic temper tantrum.

Sometimes people know they have issues but haven't found the strength to go to counseling and at other times they don't have the temperament to receive help when it is absolutely necessary. So the court system sometimes need to get involved. Often they are not involved until destruction and damage has occurred. With narcissism the results could be physical but are likely instead to be social crimes of bullying, misinformation, triangulating other people, callousness, lack of concern for children, so on and so forth.

This brings up a difficult problem when the perpetrator has a close friend(s) in law enforcement and works in a position that gives her access to influence law enforcement opinion. When someone has high social skills and possibly narcissism it is a dynamite combination to abuse other people. As long as she can triangulate individuals (You can learn about Triangulation HERE). involve officers and friends to see the other people as different, defunct, "those people" (i.e. meaning race and religion), and "outsiders" who always cause problems then there will be little investigation, follow up, or accountability.

That does create a problem of trust in the sense that one must be able to trust senior leadership to make decisions that will ensure these things don't happen again. That can't be effective unless we gain some knowledge on how mental health impacted decision making and in turn how can we better insulate officers from manipulation (i.e. triangulation) while still giving them better tools for dealing with destructive acts from  poor mental health care. Sometimes that could be training and sometimes different types of performance metrics.

It should be noted that manipulating information is one thing but an officer with close personal ties acting on that information is another. Officers have a responsibility to protect the public and put the public's concern above their own and their friends wants. Thus, if they are not using evidence based decision making tools in their decision making process then we must ask what other criteria are they using to deal with the public? Maybe that is the problem. :(

From what I know of senior leadership they have positive view and a helpful personality. I have seen this myself and must say I think he has the best intention at heart and tries to enjoy the happiness of life while spreading good cheer to others. Yet this is close to home and if true it could impact the entire department because of the actions of a few. Thus a decision must be made to embrace truth and change or to delay inevitable changes to a more inconvenient time where reform is not light footed and in good spirit. It is up to leaders to determine when the need to act on a call for change.

That leads open question of whether to investigate or not investigate. Let's assume there are three options 1. Don't investigate or "gloss over" investigation. 2.) Investigate through Internal Affairs, 3.) Ask an Outside Agency to Help. There are a few variations of these but this is more for an illustrative standpoint.

In scenario 1. where there is no investigation or a "gloss over" investigation occurs there is substantial risks if the people involved engage in a future crime and reasonable complaints were ignored. I would likely use 2. & 3. combination. Launching an internal investigation allows leadership to understand what is occurring inside the department so as to better navigate a call from an outside agency. Such a decision would indicated taking the situation seriously while removing liability if future information comes to light.

The choice to investigate mental health issues that caused the problem in the first place is an important. Without understanding how intentional misinformation impacted the department it would be difficult to ensure that doesn't happen again. We want officers to be as objective as possible and if someone is able to skew misinformation even though they have no real knowledge, are not qualified to make any type of assessment, and have a history of manipulative bullying type behavior that is a serious issue.

Investigating helps come to a conclusion on what actually happened. It should be noted that this isn't just a situation of a highly aggressive mental health behavior seeking to do serious harm on others it is also about wasting significant public time and resources based on self-seeking behavior. That becomes more troubling if this behavior was to cover another crime in the past.

Let's say for a moment that there was an investigation called and in turn it was found that the person miscued information and that misleading has caused in the past and could cause further problems in the future. A strategy that worked in the past was used successfully and without consequences there are risks it would be used as an effective tool again. That person might need a psychiatric evaluation to assess the cause of the misinformation and ways to prevent it in the future.

There is something to be said about empathy here. Assuming the behavior was illegal and intentionally destructive but it is believed that the person could be reformed with proper mental health care. We don't need more people in prison and we don't need people having their lives ruined. It is about getting them the help they need and ensuring they don't do these behaviors again. Criminal and mental health could be used to drop down charges to a fine only and in turn provide the help others need.

Helping people with undiagnosed mental health issues will have an impact on that person's family, the community, and the willingness of different parties to trust the Justice System. It has effectively said we are willing to investigate wrong doing and hold people accountable in an empathetic way for mental health issues that have become destructive to others. We ensured the integrity of our position and helped a person and their family live a healthy and happy life. We didn't let them walk and we didn't punish them for their pain...we helped them. If such individuals choose not to get the help they need then full accountability seems to be the other alternative. 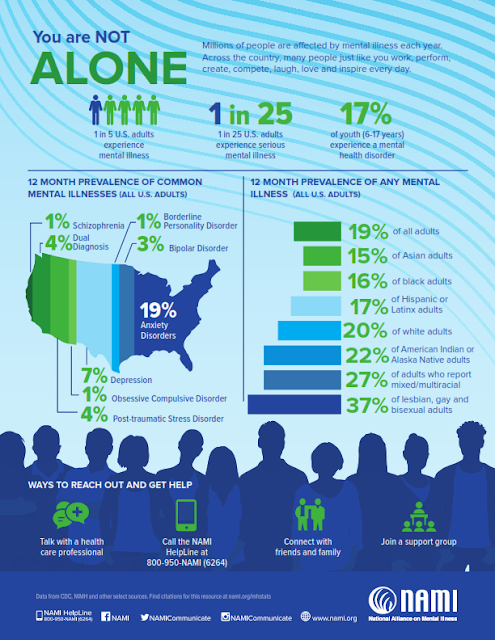