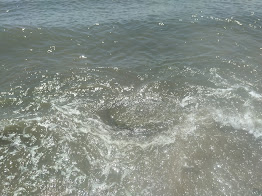 I bought some used diving equipment and went diving this morning. I have been sort of lazy about it working on other projects and work and stuff. However, the weather was nice and the water was clear so I put all my stuff in the dinghy and took off!

I tried out a new/used tank strap and put it in wrong like three times before I got it right. Its still not perfectly tight but there is something I'm doing wrong. For the time being its doing its job and will have to play with it until I get it right next time.

The used mask and snorkel worked great. I don't like the hard plastic type seals. I looked for a higher quality rubber mask seals and a good quality snorkel that can be used on the left or right side. 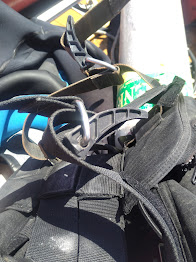 Didn't find anything important but I told some anglers where they drop off was so they can fish by the ride. They asked me if I could see fish and I told them there were a few small ones but I would look on the ridge because it was sunny and warm out. They may want the deeper water until the afternoon.

I did find some industrial junk. I suspect it fell off of a ship at one point. Like a large donuts with a little fuel pipe or something on the side. Its too heavy to pull out of the water. 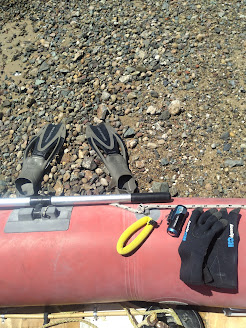