First Polo Game in the Upper Peninsula of Michigan 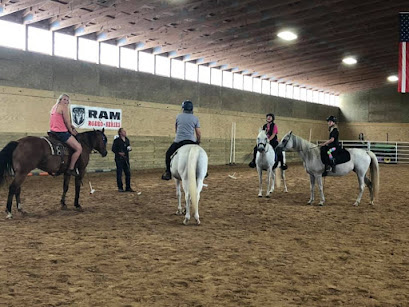 In the Month of August we had the very first polo game in the Upper Peninsula of Michigan. Four chuckers long and most of the fouls were not called. It was the very first time people played the game so it may have been more like practice but we muddled our way through anyway. Everyone had a great time and we plan on making it a more regular event. Some discussion on getting better to have a Humane Society fundraising event and teaching 4H children how to play. Another mentioned playing at next year's U.P State Fare and have a band afterward with a dance.  I can't imagine people showing up dressed up like the show Pretty Woman!

I'm not sure that we are at that level but it is certainly fun to think about. Yikes! I will do anything for a good cause and for good fun. If we raise some money for something worthwhile it will be a blast to participate in the betterment of the community. I guess that is what its all about fun, recreation, and doing good things.

It also teaches people that there are many more sports beyond baseball, football and hockey. The area has cheap land and lots of horses but most riding is Western . So it is kind of cool having people engage in the fun of it and start to play. 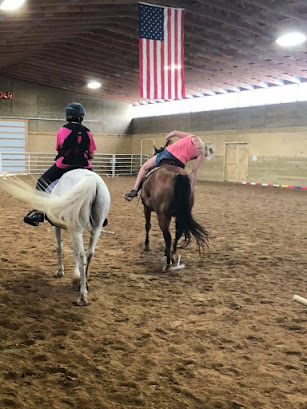 Some things we need some work on is leaning over well with balance and hitting the ball in a straight line. Likewise, we need to think about following the line of the ball so that safety improves. However, overall everyone did great job and by the end of the game a few were moving faster and hitting the ball more consistently. Two players dribbled half the arena and put the ball between the goal posts!