Memorial Day- Honoring by Not Dishonoring 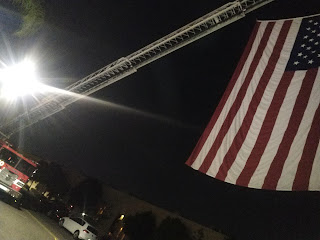 Battles are not always fought and won on the battlefield. Veterans lived a life and have a code that non veterans don't share. That is what makes them unique. Most don't just go home and put their values in a scrapbook. We don't honor Memorial Day by dishonoring our vets!

I've seen successful veterans and I've seen homeless veterans. No matter their station In life they often share a sense of values as they relate to the core principles of our nation and it's historical purpose. Many continue to serve their country and community in their own way.

While most people who do respect veterans there are a few who go out of their way to be disrespectful. Behaviors that include disrespecting their lives all they way to manipulating the elderly to swindle money. Racism, religious bigotry, and encouraging others to engage in similar behaviors are just some of the disturbing actions.

I can only say such behaviors should be seen as dispicable and antithetical to what our country stands for. However, that is highly dependent on context. For example, discounting homeless veterans in our policies may be one moral violation but engaging in bigoted and racist actions may be another.

It's the same type of personalities that engage in such behaviors over and over. Selfishness, would never served their country or anyone else, worried about what others think to the point they have no autonomous personality, and highly interested in power dynamics and self orientation.  The only America such people believe in is the one that fits their small minded selfishness.

While your out there with BBQ tonges in hand let's celebrate Memorial Day by not disrespecting vets. ....but if you haven't done much for people or served your country in anyway you may not have the same understanding!  For those who respect their nation and what our veterans fought for....celebrate away!