"Business has only two functions-Marketing and Innovation" (Milan Kundera).  Pure Michigan, a state sponsored national marketing campaign launched in 2008, created a buzz highlighting the attributes of the Lady of the Lake state. Law Makers are confounded on precisely how much (or little) the campaign has contributed to her prestige and prosperity. Expert numbers span the spectrum leaving doubts and in turn a line item veto that removed the program from state budgets. This article is an effort to shed light on the merit of state-sponsored marketing in Michigan and what policies will improve the transparency and functioning of the program.

Let me say that I'm not indifferent to the outcome. Working on some of my own economic theories, scientific literature has supported the idea that marketing state attractions can lead to multi fold benefits of lifestyle and tax generation. I'm also a resident of the Upper Peninsula of Michigan where much of the economy relies on tourism dollars. Yet I am also a man of science and believe that people should do their very best to understand such issues themselves through critical review.

Lets take a look and see what we can find....

There almost always is some alternative numbers and ideas out there. Critical thinking requires us to think through the positive and negative numbers to make an assessment. As a bonus we can provide improvements to the program that could raise its value to stakeholders.

Net Loss? Not everyone is so sure that the campaign earns what the contractor says it earns. They take the alternative perspective and believe it looses money and wastes tax payer dollars. The Michigan Center for Public Policy that advocates for research and education believes the numbers provided are over inflated and not accurate. It is suspected that significant costs, such as the costs of production, were not included in the calculations (Michigan Center for Public Policy, 2018).

A review entitled An Analysis of State-Funded Tourism Promotion found that for every $1 million in state funding there was only $20K return for the hotel industry (Hicks & Lafaive, 2016). They looked at a number of studies and data from 48 contiguous states over a period of 39 years. That is a pretty compelling argument to ignore; even if focused on the benefits of hotels.

Bad designs lead to even worse decisions! It is imperative that important research that impacts the people of a state lead to useful results. The ultimate purpose of research is to answer questions so we as a human species can make better choices. How we measure and interpret data influences its value for strategic justification. Collecting and interpretation often rests on multiple research studies that create a body of knowledge on the topic. 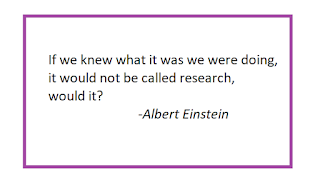 To determine what an economic study indicates, and whether or not the numbers are meaningful, we can review the research questions and design. "The devil is in the details!" Strong designs seek to draw the most direct conclusions based on the simplest and most reasonable methods of data extraction, analyze and reporting. When the design is simple and parsimonious it often leads to better useful results.

This mini review is not the final word on the topic and new information provides better conclusions. Since I'm not trying conduct a full scientific review the goal is to collect a "quick" review of similar studies and make a few basic calculations to come up with a reasonable ROI. There will be plenty of people who disagree due to the important nature of the topic.

It should also be noted that unbiased research is indifferent to the results. That means that a positive finding is as beneficial as a negative finding (at least in theory) because both are added to a body of knowledge. The body of knowledge is what other researchers use when they try and understand a problem and continue to investigate findings. Beware of research that is designed to find a specific result because it will skew all decision making based off of its findings.

One of the ways to ensure that results have some validity is to put it within the context of other literature that pertains to the same topic. In this case, most of the analysis seem to use the data of state and local taxes generated per dollar spent and the amount of money visitors spent each time they traveled to Michigan. While the approach seems valid adding another metric or two might counter the limited perspective of the data.

Miscalculated Costs According to the Auditor General

The Office of the Auditor General released the results of their report and found that a number of costs were not included that would have reduced return on investment (Ringler, 2017). They also found that state taxes were calculate, but local taxes were not, which would have increased the ROI.

At this point we need to start doing some calculations. My disclaimer is that I'm not an accountant and if there is a better, or more accurate way, to complete these calculations let me know. Within the Auditor Generals findings we see that for 2017 Campaign Expenses are $12.9 million, State Tax Boost was $107.3 million, providing an ROI of $8.33 (Calculate as 107.3/12.9=$8.32). If we add the expenses that were originally not reflected in initial calculations we have ($16.9+12.9)= $29.8 million in total expenses.

It would make sense to calculate the new ROI (107.3/29.8)=$3.6. That is a much lower number than what was originally reported. The new number is still beneficial and worthy of serious consideration on its own. The ROI should go up a little more if we include any benefits to local taxes. This is somewhat dependent on whether it is enough money to be worth the calculation to substantially improve ROI. (*It might be worth someones time to research and calculate*.)

Someone Forgot About the Locals!

Reviewing studies that separate out the impact of state and local taxes provides us a "rough" benchmark. More direct data for Michigan would further clarify local and state tax impact from tourism dollars. Because we do not have access to the raw data used in the study, we will do the best we can to find a number that "sort of" works.

Using numbers provided by one company to make determinations over millions of budgeting dollars and impact on people's lives can be risky. One of the ways to help ensure that numbers are not "way off base" is to put them within the context of other impact studies that calculated state & local taxes. Below you will find a table with four studies. The more studies you include, the more data and information you can get on ranges and benchmarks. For the purposes of this literature piece...good enough!

The Upper and Lower Range of Pure Michigan ROI

The range for the combined state and local tax impact is $6- $9.2 ROI  for 2016-2017. New numbers may change this but by using the State Auditors report we can sort of come to a closer government supported number. 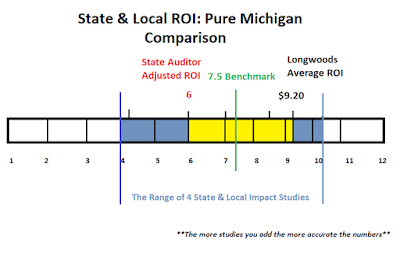 Standing back and taking a birds eye view of the problem it would seem that overly optimistic projections had an impact on perceptions. It is hard to ignore the State Auditor's recommended adjustments as they have a responsibility to be as objective as possible. The public trust rests in the government function and after calculating their recommendations, and adding in the projected local taxes, we come out with approximately $6 return for each dollar invested (ROI).

Personally, I like $6 as a conservative number when calculating costs, profits, expense, etc... We are dealing with a lot of unknowns and numbers can be significantly skewed based on the design of the study, how data is extracted, which data is extracted, and how it is calculated and reported. Going conservative leaves a greater likelihood that people will work with caution and think through options.

Mostly, I like it because it is based on some calculations brought forward by the State Auditor and implicitly accepted by Longwoods. The auditors report indicates a number of missed expenses but also recognized that local taxes were not included in their calculations. That leaves me with the understanding that Longwoods agrees in part to the findings or otherwise a rebuttal would have been issued.

Six dollars ($6) per ($1) dollar invested is still a pretty good return on investment. As a state we have to decide if we want to include Pure Michigan funding in future budgets. We can conduct a political and strategic analysis to determine the most likely outcomes. However, in this case, I'm only going to conduct a strategic analysis in order to solidify my own thoughts.

Decision trees help us formalize our ideas, data and judgments to make tough choices. The one provided below is limited simply because it would take a lot of market research to collect all the data to make a market projection. Companies have included political analysis, environmental information, percentages, other research, competitor information, etc.... all to better understand the most likely options. 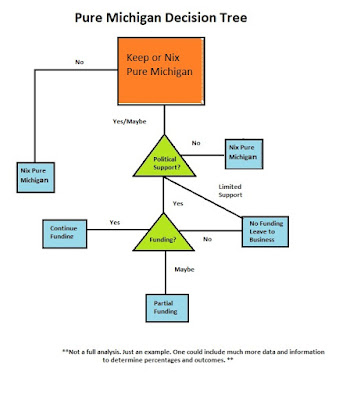 1. Nix Pure Michigan. If we don't believe the numbers, don't feel it provides any benefits to the the people of the state lets get rid of it. In this case $6 dollars indicates the program does have value. A decision to remove would likely be based on limited resources and trust in its function. We are dealing with comparative advantages of programs.

2. Adjust the Funding. There are options here that include partial funding. For example, the state may want to provide a matching budget to public sponsored funding. For example, if the business community can come up with $30 million the state would match that $30 million. Another option could be to provide tax incentives to businesses that put money into state sponsored funding.

3. Leave "As Is" with Some type of Budget: Utilize the budget for last year, increase, or reduce it. Lawmakers could decide that the value of the program is worth the expense and may choose to provide a budget. 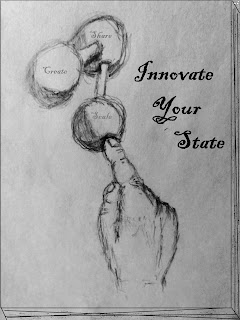 The value of research is often based in its practical utility. Research rests on creating models and we should use what we learn to continue to improve the model. In this case, we have some value that may have not been realized and we have better alignment of marketing messages with short-and long term needs.

1. Adjust the message to include the key marketing components of tourism (short-medium strategy) and investing (long-term strategy).2. It is possible to determine the long-tail value of marketing such systems. Someone should determine that value.
3. Encourage corporations to include key aspects of the two marketing components into their own marketing campaigns to create wider reach and recall of the total message.
4. Encourage clusters to market and attract businesses, talent, and resources to enhance their clusters.
5. Create better audit functions through either state or subcontracted firms that are willing to review the research and numbers.
6. Calculating the long-tail of marketing (year over year improvements) and Federal tax influence can provide a broader perspective.

**If you have better numbers, or a similar study and want me to link to it as another perspective let me know**


The Context of Research

I'm working on my own research related to transactional clusters that rests in part on Creative Destruction, Theory of the Firm and Social Networking Theory to create innovative growth in industries. Part of literary section focuses on pack (coordinated) advertising as well as coordinated investments. Effective advertising can lead to the enhancement of Michigan based industries (or any other state) that improve economic prospects. Its not a finished (or completely edited) work but you may read here.

Tourism Economics (2019) The Economic Impact of Tourism in Wisconsin. http://industry.travelwisconsin.com/pdfs/wi%20economic%20impact%202019%20final.pdf