Route 66 represents a time past. Started in the late 1920s it became an American Icon as a dangerous and fun road moving from east to west. People partied, were robbed, lost everything, made millions, and stopped at the local establishments. I made my way through a few of these old highways, the ones with all the stops. Some of it is run down but much is still worth seeing. There has been an effort to revitalize. 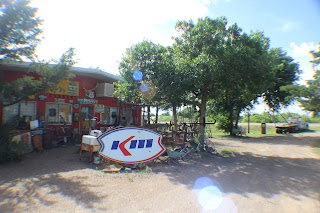