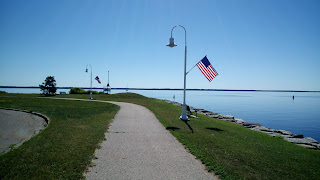 Escanaba and Gladstone Michigan are nestled along the shoreline in the wilderness of the Upper Peninsula of Michigan. Because of their remote locations the towns still have a presence of locally owned stores yet these are becoming increasingly under pressure by large retailers like Wal-Mart and Meijer. Following suit, other retailers are also interested in setting up shop; Aldi being an example of just one. We should ask what is the best developmental path for a small rural city and if there are alternatives to the rural community. Before we answer this question we should think of economic impact, wages, and culture.

First, it is important to say that large retailers are not the enemy and provide a lot of value for the local community in terms of cheaper prices, convenience and breadth of consumer products. They fit well with the needs of the local population who must shop daily for their household needs and need access to products. With luck we can also draw in a lot of area shoppers which can help support such retail chains. This convenience comes with a cost!

If there are too many large retailers in one area the smaller stores can't compete without radical adaptation. We are finding this to be true in the world of Amazon where large manufacturers and cheaper products from China flood the market thereby killing small producers with instant price comparisons. Few will pay $12.99 versus $7.99 for relatively the same product just because it is produced in the U.S. The same logic can be applied between large retailers and smaller ones.

Smaller stores often die out because they can't compete with such economies of scale leaving city governments more reliant on these large retailers to patch budget shortfalls. Having a large anchor store is helpful but having a number of them can be harmful if there are not a complementary small business community. Stores should follow the laws, needs, and wants of the community to ensure they are serving local people in addition to their investors. While local needs are not the main purpose of investment it is possible to find a balance.

We can see how the Escanaba mall has declined off over the past few decades and most of the store fronts at the time of this article were vacant (like most malls in the U.S.). It has been said that rent prices are high and the traffic flow is minimal because there isn't a lot going on there. One by one small retailers close their doors and/or move away. This can't be blamed only on large retailers but is part of the trend of increasing online purchases and large retailers that have saturated markets. 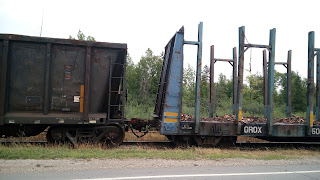 Chain retailers offer wages, in many cases good wages, but certainly not living wages. They also employ a lot of people at once creating a quick economic boost. Such companies employ many more people than most of the smaller stores would be able to muster combined! However, as small stores flounder there are less of them around which means that family-owned businesses are often being supplanted by lower wages. Family workers are not typically accounted fully in our economic models because they don't have a formal payroll.

We should also consider culture and its value on the market. Escanaba and Gladstone should not try to emulate other communities that are scraping through global transitions. To create a culture that attracts tourism, retains families, encourages people to immigrate here, and developing a thriving small businesses community we should look toward places that have successfully created their own "destination locations" for lifestyle and investment.

These are the places that have thriving downtown areas with unique shops, art stores, small manufactures, community events, parks and waterfront. Escanaba and Gladstone have some of these budding characteristics but haven't fully exploited them for improved growth. Developmental plans will need greater emphasis and improvement on attracting outside consumers to the area while still serving the needs of local residents.

Communities that attract an influx of money, investment, and market interest are unique. They are not the cookie cutter communities that have a large retail department store and a movie theater. They are the type that retain their history and integrate their downtown communities with the needs of the modern century. They make local shopping fun by providing a variety of unique products that are hard to find anywhere else. Large retailers don't compete well in the craft and niche markets.

The Complexity of Economic Projection: 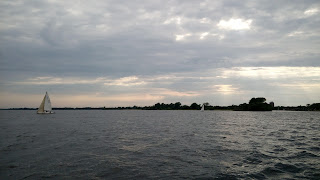 An analysis of economic benefits and detractors large retailers have on local communities is very in-depth and complex. Projected tax revenue, employment, and location are most commonly included. Many small communities don't do well in calculating the soft costs that are hidden when making these types of plans. Large retailers are all too willing to come in and provide overwhelmingly positive expectations that "wow" community leaders.

Soft costs can include family income, transference of capital in/out of the local community, reduction or increase in tax revenue, transference of money throughout the community, how many other businesses may decide TO or NOT open in the area, brand image, and the economic risks if a large retailer leave the community. We don't know because these types of analysis take time and require high levels of theoretical training and research. This type of knowledge isn't often available locally unless there is a large university in the area.

There is a point when too many large retailers may be drawing capital away from the community and transferring it to investors residing in other places. Each product bought has a cost; of which labor is only one. Whatever profit is earned is transferred back to shareholders who do not spend money buying from local stores. Large retailers do create convenience and value for local shoppers up to a point but then can start to kill off small businesses and the possibility of future growth that comes through the unique culture and attractions of the area.

It is important to think of input and output of capital in the cities. Input occurs when products are produced and sold here. Output occurs when product are produced elsewhere and profits are realized in other areas. Local shopping, tourism, and industry create new capital while large retailers usually have net loss to capital in the area. Increasing input means capitalizing on our strengths!

Where Should We Go?

Escanaba and Gladstone have an over abundance of large retailers and chains for the time being until the population rises. It doesn't seem like it will rise soon without major transformation. Thus, administrators should focus more on eco-tourism, lifestyle, marketing, and the downtown district to draw local interest and encourage tourism to the unique coastline, outdoor activities and culture of the area. That doesn't mean getting rid of large retailers it means ensuring that both large retailers and small business can grow together.

Conducting a market analysis of what types of businesses will thrive in the area and encouraging entrepreneurs to start small businesses in the number of vacant storefronts on Ludington Street would be helpful. Of course there will need to be incentives and active recruitment involved. That could include low interest loans, cheap rent, student loan forgiveness, new business outreach to navigate local regulations, and other incentives for those start ups that fill the city's needs.

It would also be helpful to encourage Escanaba and Gladstone to fund a higher marketing budget; even with a little more cost to existing businesses. Developing a brand image and selling the amenities of the area as a place to vacation, shop, and live are helpful. Some of this marketing may target larger cities like Chicago and Detroit that can travel here on vacation and/or in outdoor enthusiast magazines that seem to draw the demographic of people who are generally educated and have money to spend. A larger Internet presence is definitely needed where people spend their time looking for vacation and living places.

More events downtown that attract people within 50 miles might also be helpful in courage improved retail sales. Additional work is needed in beautifying the downtown to make it attractive and a place that can host different kinds of activities. Much of this should be based in, not only improve immediate sales, but also the long term interest in the livability, shopping, and events of the future.

None of this ignores the need to diversify industry in the area and encourage industries that use similar skills and abilities to settle locally. Thriving retail also means creating thriving industries. Small manufacturers have a great impact when they employ 50 or a 100 people at a time. A few hundred well paying jobs feeds much larger families who purchase from local stores and large retailers.

The Escanaba Planning Commission and their meetings are available online for comments, praise, questions or concerns.