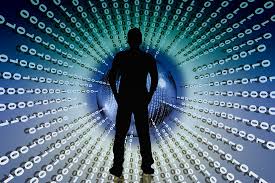 Think Tank Scholars at McKinsey Global Institute believe that we may soon experience a boom in worker productivity and increased advanced digitization that will transform society. Their hypothesis is that as the labor market becomes tighter companies will be forced to adapt new technologies that will improve labor productivity and innovation. It is believed that a productivity boom will improve overall output of the country and its subsequent wealth (McKinsey & Company, 2018). You can Read the Research Here

Digitization will transform many companies because the tight labor market will force them to invest in digitization that is hitting the market. The end result is a boost in productivity that could impact the labor market as we know it. The needed skills and infrastructure may not be available.

Self-driving cars, greater connectivity, kiosks, and mobile technology are just some of the new technologies that have not yet made their way into full integration. They will likely do so within the next 10 years thereby revolutionizing the economy. Capital investments and experimentation are also likely to rise during this period.

There will be a evolution and revolution to an advanced economy paradigm where companies invest heavily in digitization that improve productivity in order to not be restricted by a tight labor market. This will displace workers without high demand skills and education. It is possible there will be more wealth but that wealth will be concentrated again in fewer hands contributing to income disparity. The positive side is that new innovation leads to greater corporate profits and also results in improved investment and job growth.

While the authors content this is from the labor market there is also the need of corporations in the U.S. to compete. The technology is available and becoming more practical as time continues. There will be a point where it will make business sense to implement it.

The change to digitization will put new stresses on our current infrastructure that was designed more for the movement of large industrial products from the Industrial Age. Now the infrastructure will need to be improved to include data high way, small production, as well as the ability to move people and large production outputs into the international market. Preparing for these changes allows the U.S. to move into a new level of output potential that can supersede other nations development capacity as well as improve on general productivity and price.