Traveling Around to Rome 1st Day 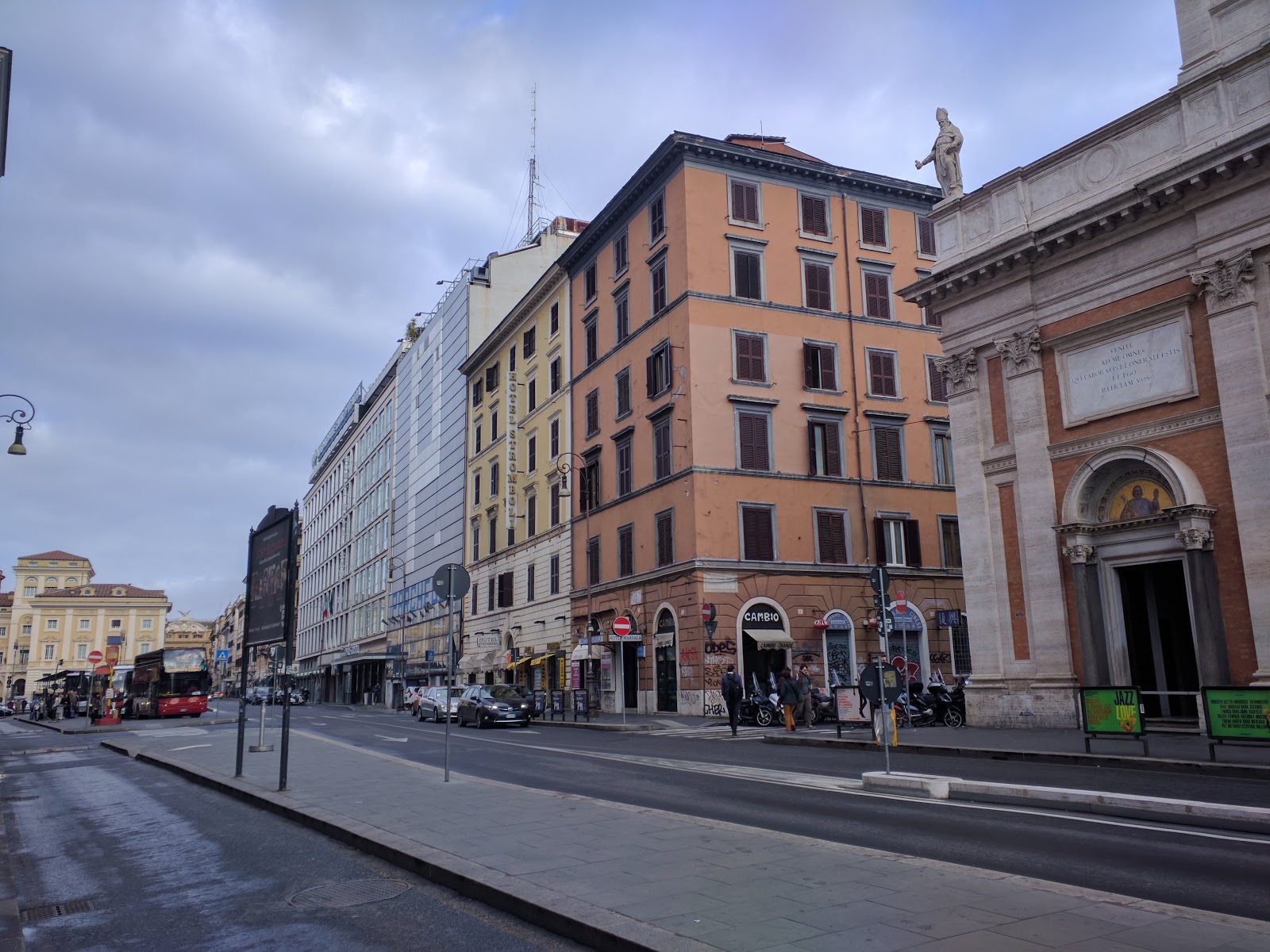 I'm not much of a traveler but recently turned this corner in my life. Not really leaving the United States much other than to Mexico or Canada for the occasional stint. I would say that I was a little nervous in the beginning but as I started on my way through Rome I find that it is not all that difficult if you have a cell phone and the ability to use Google Maps.

There are a few noticeable differences. The coffee cups are smaller, the plugs are different, the rooms a little smaller but overall it doesn't seem so bad the first couple of hours. Everything pretty much works much like it does in the U.S. -At least that is what I am thinking from a very green traveler.

What you will notice is the architecture is old. Old buildings that were built hundreds of years ago are mixed with newer buildings. The old and the new seem to fuse together into a sort of single concepts of how the past and the present meet.

People seem very friendly except perhaps the taxi driver that was really pushing me to take his cab but not being honest. I wasn't planning on taking the cab anyway because the train is really easy from the airport. Another cab driver seemed to tell him he shouldn't be treating guests that way. Watch out for scammers from the airport.