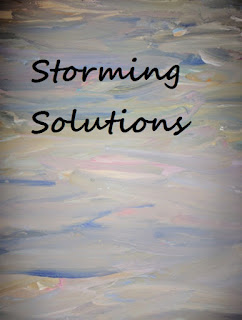 Scientific and creative ability is something that can lead to fundamental advancement of research and findings. However, it isn't always fostered among students and people with the highest capacity. As a nation we have a problem not only supporting the gifted population but also those with advance aptitude toward creative science. While we may talk a great deal about the importance of STEM we leave the exceptionally skilled underdeveloped with almost no opportunities to learn skills and overcome the emotional laden issues that are common in this population. What is giftedness and how does it contribute to scientific abilities?

Scientific abilities allows someone to understand and work with scientific process by using use inductive and deductive reasoning to come to valid and logical conclusions. In other words, scientific thinking abilities with a special talent for the science. Its kind of a definition that leads a little to be desired in its circular thinking but it kind of puts us in the right area.

When matched with creativity scientific thinking leads to new discoveries and paradigm shift type thinking that can impact society in ma-mouth ways. Science will investigate what we already understand and break it down or build it up to gain greater knowledge. However, creativity allows for cognitive leaps that lead to whole new ways of constructing information into new forms and models. It changes the way we think.

Creativity is a subconscious process and takes considerable time. Some people tap their unconscious more than others and are thus able to be more creative. It is based in our ability to solve problems on a deeper cognitive level and then draw forth those solutions to an "aha" experience that solves the problem more wholistically than existing models. This is where the actual magic occurs.

Giftedness can often be found in mathematical, scientific, technical, linguistic, social, and musical arenas. In the scientific domains there are factors that impact their success and failure. According to a meta-analysis of other studies the motivation and self-conception seem to be the biggest blocks to actual high performance (Heller, 2011):

Motivation: Success comes through practice, practice and more practice. The need to create goals that allow for meaningful work and the push toward a solid outcome is important. Many highly intelligent people have lots of interest but a lack of time to complete them all. Helping them find an overriding goal that interests them throughout their careers can be exceptionally important in creating a positive outcome down the road.

Self-Conception: The ability to integrate experiences into a complete whole. This takes significant time as the person disintegrates their previous experiences and reforms them into a new self. Gifted people often think of themselves as different and have received considerable negative feedback from society unless placed in an environment where their skills are encouraged. Helping them come to a new realization of identity and self leads to higher performance.

What is the return on investment for society? Beyond the exceptional thinking of abilities of this population the most extraordinary gifted take greater care to protect and advance society. They feel a sense of obligation with their talents and end up producing new ways of thinking to advance society to higher forms. Their innate characteristics make the return an often high one beyond what we can currently imagine. Foster giftedness among the many different skill levels and variables in natural life can lead to higher societal growth whether this is in the economic, scientific, artistic or political realms.

Because we are not maximizing the potential of the nation and the highly skilled people within it I advocate for gifted programs in higher education institutions. Universities and educational systems that have unused resources and facilities should seriously consider attracting, enhancing and developing gifted graduates from around the world as they not only contribute to the advancement of society in a rapidly changing global world but also to the institution's brand image. Advanced programs, scholarships, visas, job placement, patent help and counseling services are part of the process of exceptional outputs. Such institutions will likely find their brand image go up and their financial resources improve as private/public philanthropic resources support this population and employers who are wiling to provide funds to sponsor the highest quality recruits. The end result is a population that develops new ideas that enhances both their employers and the institution that groomed them through their creative capacity that often leads to tangible benefits.