The Questions that Dissertations Answer-Discrimination and Hate 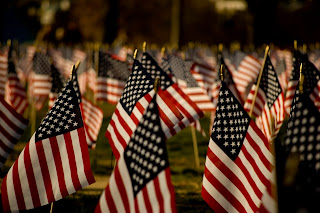 Some of the most ground breaking research conducted is through doctoral studies where students have open questions about life and are seeking answers. Recently, I received an invitation by a journal based in Germany that reviewed my study and offered me the opportunity to publish additional work in their journal. One study often can change perception but is only the beginning for a quest for greater clarity on different facets of its findings.

Certainly I was flattered that someone ready my study on PERCEPTIONS OF IRAQI IMMIGRANT EMPLOYMENT DISCRIMINATION IN THE METRO DETROIT AREA. I would never consider it "ground breaking" research although I have not seen anyone address that issue in that context and in that way. It seems to be more relevant as time goes on and the world discusses our new interconnections and global responsibilities.

What the study taught me as a person is that there are in and out-groups wherever you live. Some will have more opportunities in life while others will have less. Nothing ground-breaking or shattering there. Even those of the same culture and shared backgrounds find some way of discriminating against one another.

Something left over from our pre-modern existence that still influences our tribal perceptions.

However, I also found that while people hold these opinions of others they don't often voice them so they can be challenged or overcome. Instead they are hidden behind the short snubs, candidate selections, pay inequality, and other subtle ways of ensuring the out-group doesn't get the best positions. Buried in political correctness and inability to deal with "pink elephants" effectively allowing them to linger into the future.

More importantly, it has taught me that hate destroys societies and pushes people into camps that schism national cohesion. It could be based on race, class, education, religion, gender or anything else that sets one apart from his/her kinsman. We simply see something different in people who are different than ourselves. It is almost as though we say, "If they are different than us and still have value then we must be less worthy?"

Yet what if ourselves need to change and find a new way of drawing people together? Our society, if it is to survive globalization and increasing diversity, will need to find values in common and begin to rally different types of people around those American principles that make our country unique in a sea of dictators and self-gratifying regimes. Unfortunately, there are not enough thought leaders to sell the idea that we are a nation of shared principles with diverse opinions on how to reach the same ends.

This study's finding led to a conception of how to create a growing economic system based on togetherness. The ability to create interconnected societies of socialization and innovation in a way that minimized inequality and leads to greater investment and national growth. Where people see difference, an economist can often see components whose value were discounted and can be rearranged to greater prosperity of everyone.