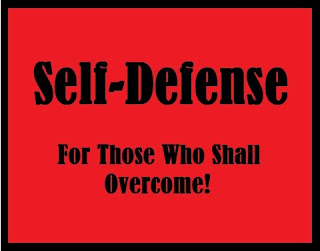 The mornings are the times when people scramble to jump in the shower, put on their business clothing and drag their tired bodies to work. This is a natural part of working life in today's era. There are also those rare times when you wake up a few hours earlier than needed and head to the gym for some crack of dawn kickboxing and Muay Thai. Nothing says "motivation" more than going to bed early and rising before the sun has its chance to illuminate the landscape.

Coffee in hand I walk into a new gym in a state somewhere between sleeping and partially awake. Having never been at that particular gym before I didn't know what to expect. More importantly, I have only limited experience with Muay Thai and a little fearful that I was going to run into 25 year-olds who have been competing since they were 5 years of age.

Sounds like I'm going to get a beating in addition to a work out!

Once I caught a glimpse of the class I realized my fears were unfounded. While I was older than the average, I wasn't the "oldest" in the group, I was still within the range for some a good butt whooping workout. Its nice to know I'm don't have the most wrinkles there. Fear dissipates and I regain some courage to enter. No one noticed I was there and slipped in the back anonymous in the crowd! 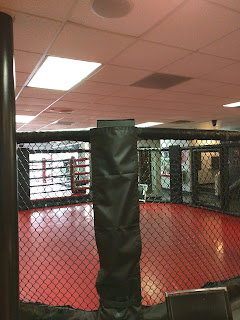 The class was tough and demanding. Constant contact with the bags and work with partners practicing kicking and punching left little room for recovery. Combination punches, multiple types of kicks at different speeds and angles with plenty of movement around the floor. Sweat beaded on brows and dripped onto the floor mats.  A few times some negativity crept in such as  "OMG...I am not sure I am going to make it to the end!" but it disappeared after I caught my breath.

After the muscle burn, and feeling the rush of maximum cardio activity, a deep calm sets in. It brings with it a sense of satisfaction and living in the present. For a first class I realized I wasn't that bad, perhaps even a little on the good side when compared to my classmates. Ignoring the 3 or 4 hardcore Muay Thai competitive fighters that were present, I received a few "good jobs" from people walking out.

-Pushing yourself leads to growth.
-Have confidence in the process of learning.
-Social support leads to greater motivation and effort
-Anything you want to do well must take an elevated position in your life. That includes fitness.
-Mornings are the best time to get the cardio out of the way.