Does Expanding the Internet Open Possibilities for Economic Growth? 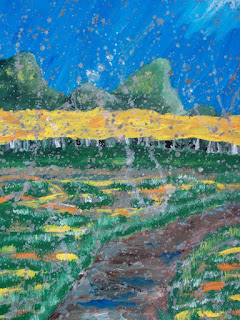 The Internet has led to remarkable growth in global commerce in ways that are slowly shifting society toward a highly competitive environment. The way in which companies connect to each other has fundamentally changed as information moves from one to other parts of the world quickly. According to a study in the  International Economics and Economic Policy, the Internet matched with Openness leads to the most economic growth (Meijers, 2014).

The Internet is an important mechanism by which open cultures connect with the world, share ideas, engage in commercial activities and develop economic momentum. When cultures are open in terms of being open to new ideas, concepts, sciences, cultures, religions and engagement they can use the Internet to enhance their commerce.

Economic growth without openness to new ideas is stunted. While it may allow for transfer of information, the use of that information to develop new opportunities is limited. Having the right mindset supported by the information gathering abilities of the Internet can lead to significant economic expansion for countries.

The researcher reviewed data from 213 countries, collected from the World Bank in 2010, on World Development Indicators from 1990 to 2008. They also included information from the International Telecommunication Union. They two sources of data helped to create a more comprehensive review.

The more countries became "connected", the more they grew. A 10% increase in per capital Internet led to a 3.9% increase in openness ration that in turn led to a .17% increase in economic growth. There was a direct relation between the growth of the Internet and the economic strength of a country.

The study helps us understand that while economic booms slowed when internet expansion reached saturation in wealthier nations, it is still a catalyst for improving international growth. Saturation is based on internet use but further network development can lead to new spurts of growth. Having faster internet and stronger networking raises opportunities to engage in international trade.

Clusters offer the ability to reduce transaction costs and increase connectivity among people and businesses. Moving to higher developed methods of clustering businesses through electronic means could lead to a new level of economic growth. Matched with openness and the right resources, the possibilities of using the Internet and its growing network capabilities to push economic growth within local economic clusters increases.