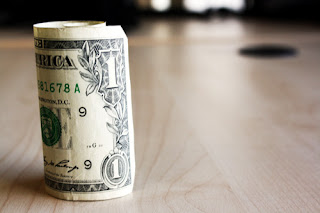 A joint poll conducted by CNN and the Kaiser Family Foundation found that the far majority of Americans are dissatisfied (53%) or somewhat dissatisfied (23%) with the economy. Two-thirds of adults are satisfied with their own economic situation and three-quarters are optimistic about how things are going in their own lives.  At the same time people where only moderately convinced things would be better for their kids.

Why people are dissatisfied with the economy (76%) and still optimistic about their future is interesting. When they look at the large economy they feel it isn't going in the right direction but when they look at their own particular situation they seem to be just fine. There may be something going on as it relates to perception.

When we look at the large economy the things people know about it are drawn from the media, politicians and government officials. It gets mixed up with other events in the world like conflict and terrorism. They blend together these concepts and negative rhetoric to come to a conclusion about how the world looks.

Most of us have some sense of optimism and believe we are doing better than other people. When we buy products and other items we compare ourselves to our neighbors the "Jones" to see how we are doing. If we seem to be doing well and taking care of our business our own personal situation looks a little better. A few examples of catastrophe that creates the bottom line can also help us feel as though we are overcoming economic challenges.

At the same time we can say that this pessimism does seem to go along with the loss of American competitiveness in certain markets.   Manufacturing, once a backbone of American jobs, is declining. Major large scale industries that employed a large segment of the population is declining and contributing to a shrinking middle class. We will need to find a way to bring back production and jobs. While we may be happen about our individual situation we are hoping for greater performance for the nation as a whole.