Michigan Residents Seem to be Confident about the Economy 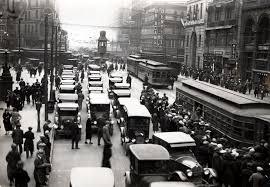 According to a study conducted by Michigan State University 56.9 respondents felt the economy is good or excellent. Another 30% called it fair and 12.9 % called their circumstances poor.

Another positive result from the survey found 43.8% believed they were better off, 30.4% around the same, and 25.9% in worse condition.

The numbers indicated that most people in Michigan feel they are doing pretty darn well. Their lives have improved in some ways and they are optimistic about their futures.

Of course that doesn't mean everyone is doing well but that the majority of people are satisfied with how things are turning out. Detroit's resurgence as a leading city and the positive press that goes with that may make a difference.